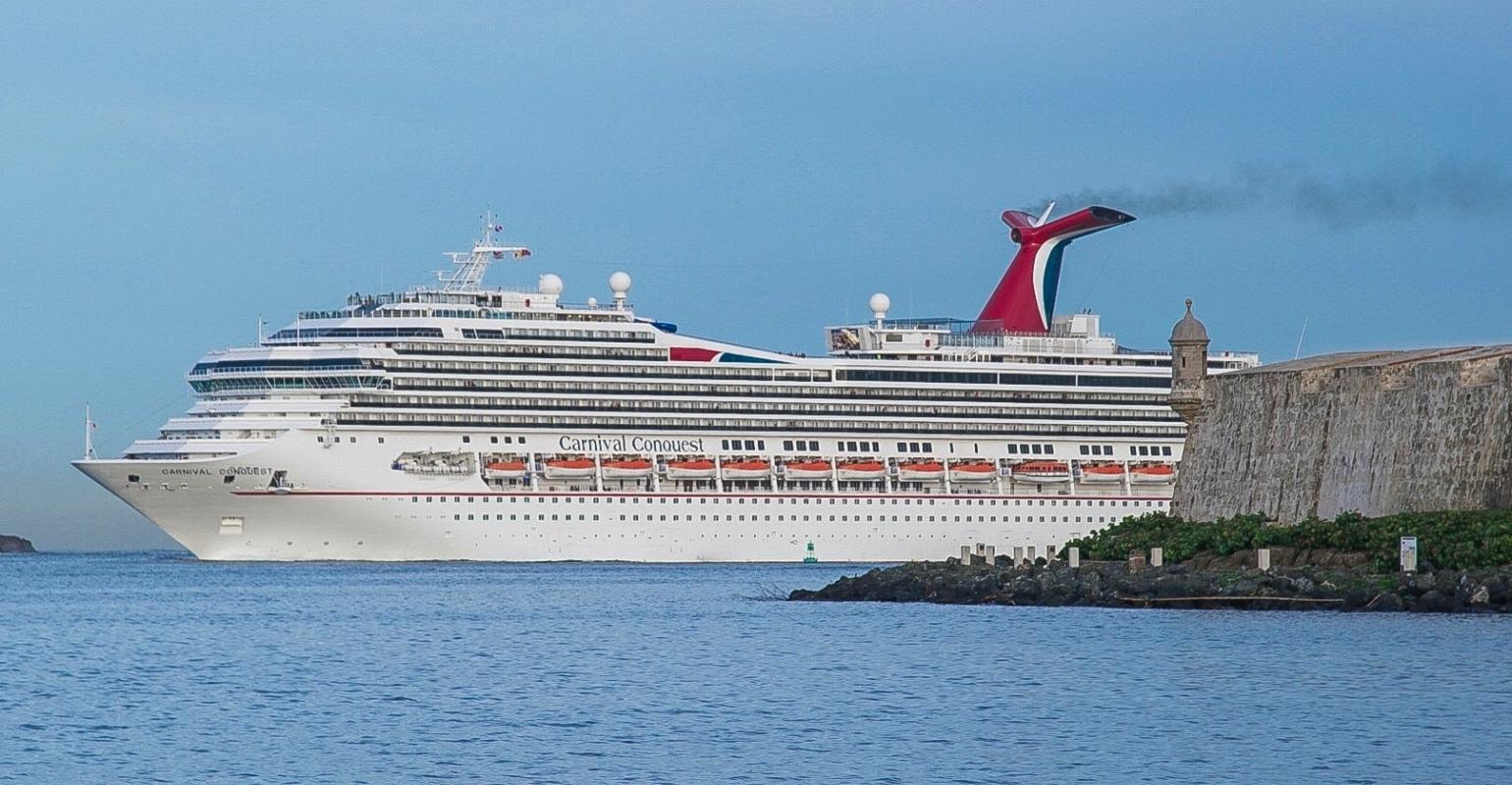 Carnival Conquest in San Juan last season when, despite the hurricanes, cruise passengers spent $100.3m, crew $22.6m and cruise lines $$28.3m
During the 2017/18 cruise season, Puerto Rico benefited from cruise-related spending to the tune of $151.2m, despite dealing with a historic hurricane season, and the destination looks to a potential $70m boost by hosting the upcoming FCCA Cruise Conference & Trade Show.

The event will take place Nov. 5-9 at the Puerto Rico Convention Center, and is scheduled to return to San Juan in three subsequent years through a landmark agreement with the FCCA.

According to preliminary findings from the Business Research & Economic Advisors' 2018 ecnonomic impact study, which will be released at the event on Nov. 8, cruising also directly generated 3,644 jobs with wages of $56m in Puerto Rico.

The impact includes $100.3m in passenger spending, an average of $90.78 per passenger, and $22.6m in crew spending, an average of $130.63. The money went toward purchases of goods and services, including food and beverages at restaurants and bars, shore excursions, transportation and retail purchases. Additionally, $28.3m in cruise line expenditures went to taxes and fees, port costs and purchases of local products and services, among other items.

Not included were indirect contributions of cruise tourism, including supplies purchased by tour operators, restaurants and port authorities, as well as spending from cruise passengers who return as stay-over tourists. And Puerto Rico’s strong homeporting position—with the BREA study also finding that San Juan led the Caribbean in passenger embarkations during the 2017/18 cruise year with over 361,000 embarkations—amplifies those indirect contributions as a result of passengers extending their cruise with hotels stays before/after, while also contributing to the study-high average spending per crew, more than double the average.

After hosting the FCCA Cruise Conference & Trade Show in 2011, Puerto Rico experienced a 10% increase in passenger arrivals. According to data from FCCA member lines, in 2010 San Juan handled 1.37m passenger arrivals, which increased to 1.51m in 2013, two years after the event—the normal cycle of itinerary planning—and continued this growth after again hosting the event in 2016, with 2019 projections calling for a historic 1.7m passengers.

Per the BREA study numbers, San Juan’s growth in 2013 generated an extra $11.9m in passenger spending, $2.9m in crew spending and $3.4m in cruise line expenditures—a total of an additional $18.2m, not including employment wages or indirect contributions.

If FCCA member line passenger arrivals increase the same 10% after next year’s record 1.7m forecast, and Puerto Rico maintains the rate of 93% of passengers going ashore, these numbers would mean an estimated $193.4m in passenger and crew spending alone—$157.9m and $35.5m, respectively—$70.51m more than the BREA study.

For more than 20 years, destinations have increased their cruise tourism impact by hosting the FCCA's annual event. From triple-digit growth in passenger and vessel arrivals to the development of new piers and destinations, event hosts have directly benefited from spotlighting their products, experiences and infrastructure to tourism stakeholders and cruise line decision-makers. This year, more than 150 cruise line executives, including a dozen presidents and above, are registered to attend.

'The FCCA Cruise Conference & Trade Show was born to help destination stakeholders maximize cruise tourism’s economic boom, which is now more important than ever,' FCCA president Michele Paige said. 'I look forward to helping all attendees tap into this potential, while also being enchanted by Puerto Rico’s culture and experiences.'

'I believe one of the cruise industry’s greatest assets is our economic contribution for the destinations we call,' Carnival Corp. & plc chairman Micky Arison added. 'The main focus of the FCCA Cruise Conference & Trade Show is to help all involved improve their share of that economic impact, and I look forward to seeing the positive results from Puerto Rico displaying its improvements in infrastructure and products, along with its ability to organize an event of this magnitude.'