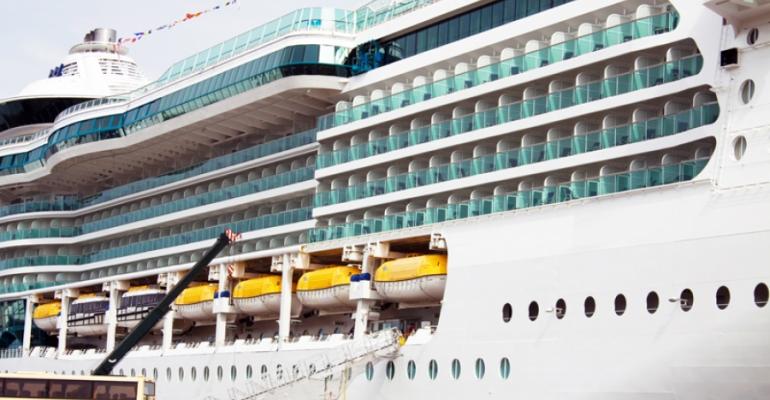 The Athens Convention relating to the Carriage of Passengers and their Luggage by Sea, 2002, which substantially raises the limits of liability for a death or personal injury on a ship, entered into force Wednesday. 'The cruise industry worked closely with the P&I clubs and interested coastal states in crafting an instrument that ensures passengers are adequately compensated but that the liabilities are insurable,' according to Michael Crye, a Washington, DC-based maritime expert who was involved with Athens Convention matters in his former roles as evp of Cruise Lines International Association and president of International Council of Cruise Lines.

The International Maritime Organization negotiations were 'nip and tuck' for a long time, as Crye put it, with 'many proposing a regime of strict liability regardless of whether the incident was due to the operation of the ship or something as simple as an injury related to slip and fall.'

The regime allows for direct action against the insurer, 'a novel concept at the time as traditional P&I club cover required owners to pay first to invoke liability of the insurers,' he continued. 'Under the new regime the clubs will be liable even if the owner goes bankrupt.'

Also, Crye noted the liabilities for war and terrorism presented a delicate issue since traditional club cover did not provide such insurance.

The higher limits of liability will apply to ships registered in the following states which have ratified the 2002 treaty: Albania, Belgium, Belize, Bulgaria, Croatia, Denmark, Greece, Latvia, Malta, the Netherlands, Norway, Palau, Panama, St. Kitts and Nevis, Serbia, Syria and the UK. Additionally, the Convention is mandatory for European Union member states, including those that have not ratified the Athens Protocol regime yet as individual states, since the EU has ratified the treaty under a novel article in the Protocol.

This allows for a regional economic integration organization, constituted by sovereign states that have transferred competence over certain matters governed by the Protocol to that organization, to sign, ratify, accept, approve or accede to the Protocol.

The 2002 Protocol to the Athens Convention revises and updates the 1974 Convention, which established a regime of liability for damage suffered by passengers. As a precondition for joining, parties to the 2002 Protocol are required to denounce the 1974 treaty and its earlier Protocols.

The Athens Convention declares a carrier liable for damage suffered by a passenger resulting from death, personal injury or damage to luggage if the incident causing the damage occurred in the course of the carriage and was due to the fault or neglect of the carrier. Such fault or neglect is presumed, unless the contrary is proved.

Carriers can limit their liability unless they acted with intent to cause such damage, or recklessly and with knowledge that such damage would probably result. For the death or personal injury to a passenger, this limit of liability was set at 46,666 Special Drawing Rights (SDR) per carriage in the 1974 convention.

In case of shipping incidents the 2002 Protocol substantially raises those limits to 250,000 SDR per passenger on each distinct occasion, unless the carrier proves the incident resulted from an act of war, hostilities, civil war, insurrection or an exceptional natural phenomenon, or was wholly caused by an act or omission with the intent to cause the incident by a third party.

If the loss exceeds this limit, and also in case of non-shipping incidents, the carrier is further liable—up to a combined limit of 400,000 SDR per passenger on each distinct occasion—unless the carrier proves the incident causing the loss occurred without the fault or neglect of the carrier.

The 2002 Athens Convention also introduces compulsory insurance, as well as mechanisms to assist passengers in obtaining compensation, based on well-accepted principles applied in existing liability and compensation regimes dealing with environmental pollution. These include replacing the fault-based liability system with a strict liability system for shipping-related incidents, backed by the requirement that the carrier take out compulsory insurance to cover these potential claims.

Ships are to be issued with a certificate attesting that insurance or other financial security is in force.

The limits contained in the Protocol set a maximum limit, empowering, but not obliging, national courts to compensate for death, injury or damage up to these limits.

The Protocol also includes an 'opt-out' clause, enabling state parties to retain or introduce higher limits of liability or unlimited liability in the case of carriers that are subject to the jurisdiction of their courts.

The 2002 Protocol introduces a tacit acceptance procedure for raising the limits of liability: a proposal to amend the limits would be circulated on the request of at least half the parties to the Protocol, and adopted by a two-thirds majority of the states parties. Amendments would then enter into force within 36 months unless not fewer than one-fourth of the states parties at the time of the adoption informed they did not accept the amendment.