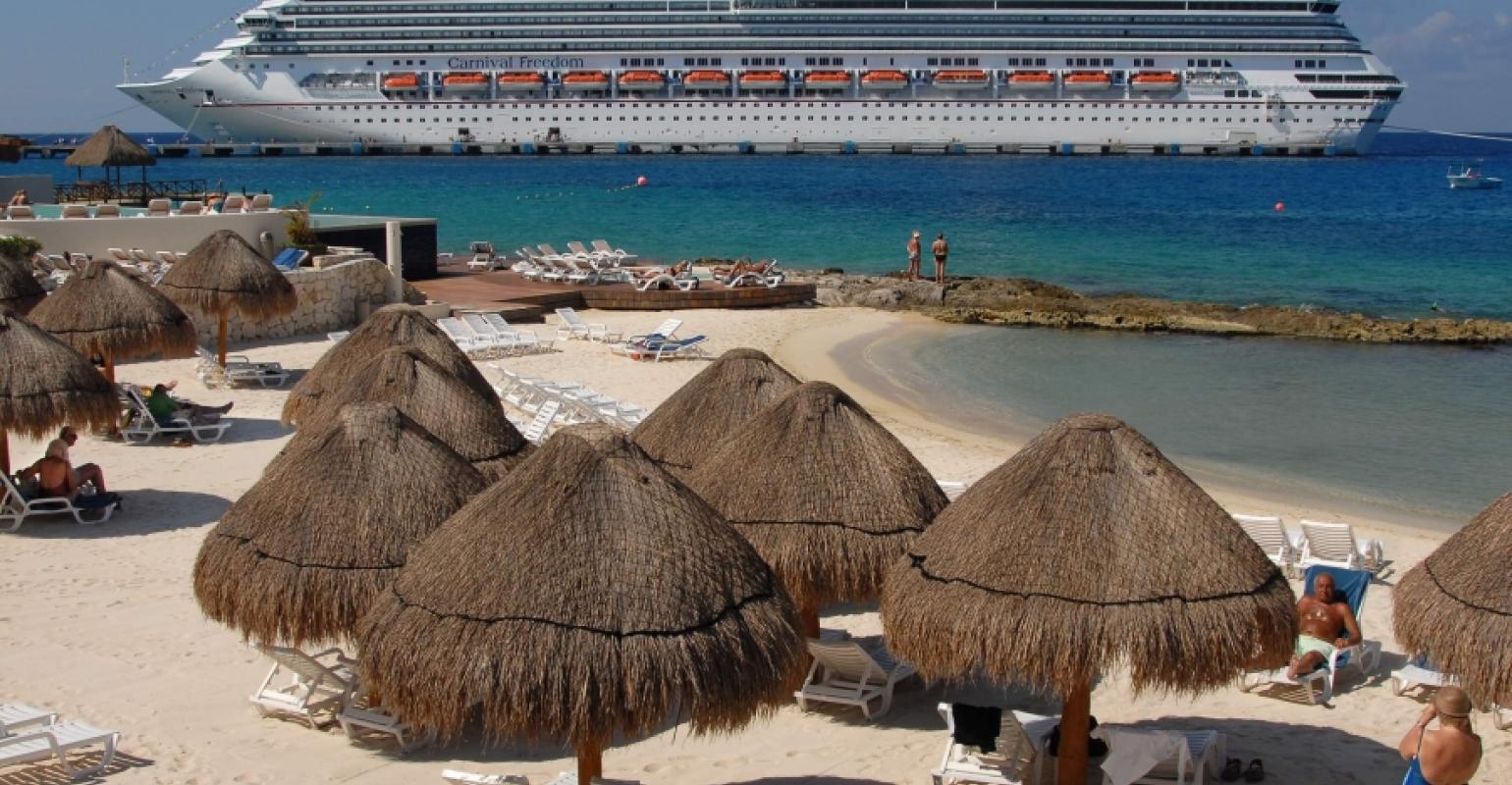 Caribbean pricing is going up. Here, Carnival Freedom in Cozumel
Advance bookings for the first three quarters of 2016 are well ahead of the prior year, so Carnival Corp. & plc has begun to sell at higher prices than the same time last year. For 2016 as a whole, inventory, on average, is 50% booked, with a higher percentage in the first half, cfo David Bernstein said.

The first quarter will be stronger than in 2015, mainly because of comparisons to Caribbean pricing. This past year pricing in the second, third and fourth quarters was up more year over year than in Q1, when the Caribbean was absorbing a large capacity increase.

As for Europe itineraries for the North American brands, occupancy is ahead, at lower pricing, mainly due to currency, Bernstein said.

There has been some impact from geopolitical events in southern Europe, too.

'You see the blip, but it has started to improve. We feel very good about the trend,' Bernstein said.

Booked loads and pricing for Carnival's Europe, Australia and Asia brands are similar to last year.

Carnival's overall capacity growth in 2016 is 3.5%. Capacity in Europe and the Caribbean will be rising less than 2%. There's a big jump in China, 60%, but that market still comprises just a 5% share of the company's capacity.