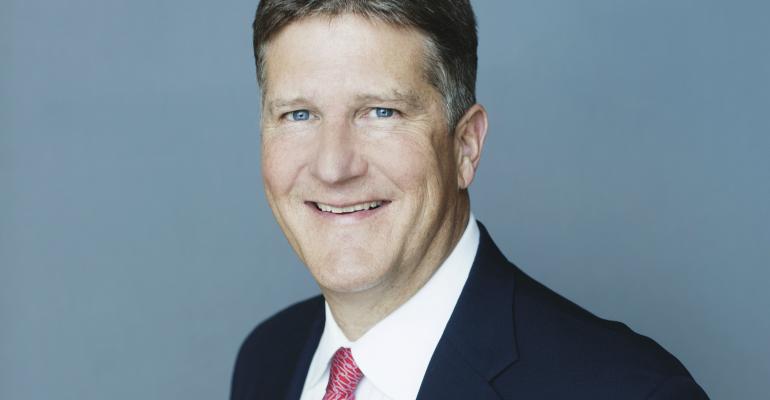 AAPA's new leader Christopher Connor has more than 35 years of experience in the ocean shipping industry
The American Association of Port Authorities selected Christopher J. Connor, the former global CEO of Wallenius Wilhemsen Logistics, as its next president and CEO.

Connor will begin transitioning into his new role on Sept. 23, eventually succeeding Kurt Nagle, AAPA’s president and CEO since 1995. Nagle, who announced last October his intention to retire in fall 2019, will step down from his post on Oct. 16, the final day of AAPA’s 2019 Annual Convention and Expo in Norfolk, Virginia.

'The association’s executive committee is pleased to have found an outstanding individual to assume leadership of this hemisphere-wide association representing seaports,' said William Friedman, AAPA chairman and CEO of the Port of Cleveland. 'Chris Connor has a track record of transformational leadership in the ocean shipping industry. This, combined with his deep industry knowledge and institutional tenure, makes him uniquely qualified to lead AAPA successfully into the future.'

'It’s an honor to have been selected as the next CEO of the AAPA,' Connor said. 'I’ve spent over 35 years working in the ocean shipping industry and through that lens I’ve developed a deep appreciation and respect for the vitally integral role that ports play in global commerce. I’m thrilled to take the helm at AAPA and represent its more than 130 member ports in Canada, the Caribbean, Latin America and the United States.'

He added: 'What excites me most about AAPA is the enormous economic impact of the port industry in the Western Hemisphere, and the opportunity to harness that economic vitality in the best interest of all the association’s members.'

Nagle said he looks forward to working toward a seamless transition to ensure AAPA continues to serve the ports of the Western Hemisphere and advance the industry’s interests and priorities.'

Connor joined Wallenius Wilhemsen Logistics in 1994 and held several key commercial and operational positions prior to being named CEO in 2013. Before WWL, he worked for Crowley Maritime Corp. for seven years, and United States Lines for six years. During his more than 35 years in ocean shipping and logistics, he has worked and lived in Asia and Europe, as well as the US.

Praise for Nagle and his team

Friedman thanked the AAPA executive committee, board and staff for continuing to carry out the priorities of the association during this search process and helping to ensure a smooth and seamless transition. 'Kurt Nagle and his team have done a remarkable job during this period of staying focused and moving forward,' Friedman said. 'The AAPA team can take justifiable pride in its accomplishments and have confidence that we will continue building this organization into an influential powerhouse going forward.'