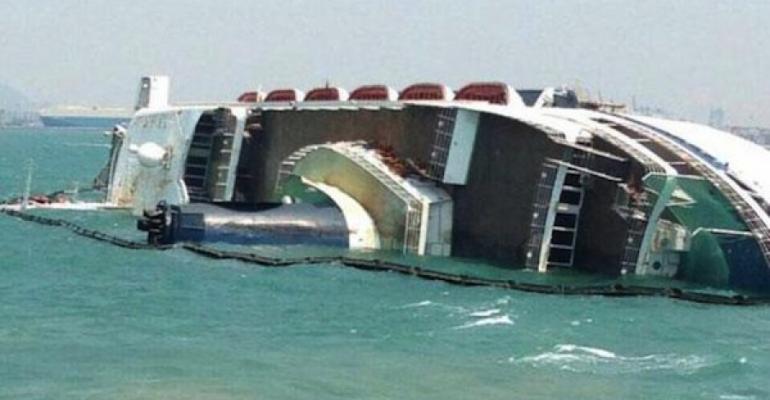 A 1972-built cruise ship abandoned for over a year in Thailand waters sank over the weekend, leading to an oil spill at sea, reports said.

The 17,000gt cruise ship Ocean Dream has been anchored off the port of Laem Chabang for more than a year, before it finally took on water and became partially submerged about 2km off Laem Chabang.

The capsized vessel leaked oil that formed a thin film on the water surface covering about 5.2 square kilometres, and the Thai marine authorities have deployed an oil boom to contain the spill and sprayed chemical dispersants to break up the spillage, reports said.

Efforts are also under way to stabilise the vessel, and investigations have commenced to find out the cause of the accident.

The ship is the former Flamenco, which had been sold to Indian breakers in 2010 who then sold it on to Hong Kong owners. The vessel was built in 1972 and originally operated as Spirit of London for P&O before sailing as Sun Princess for Princess Cruises and undergoing a number of other incarnations including as Flamenco for Festival Cruises.

The owner has been asked by Thai authorities to remove the vessel, but did not respond to the request, local sources said. A possible lawsuit might be lodged against the owner for the cost of wreck removal, it was reported.

The ship had no crew on board.