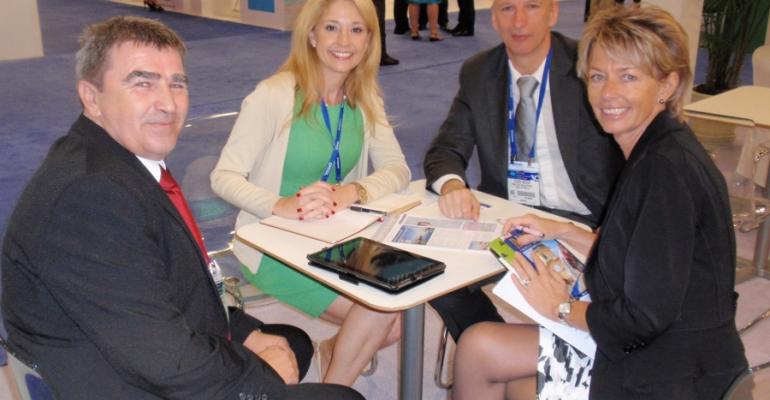 As the Miami representative for a couple leading European tour operators and an emerging Mediterranean port, the developer of the excursions for a new western Caribbean destination and the provider of strategic cruise industry sales support for a maritime security specialist and a technology innovator, Access Cruise has a varied and growing portfolio.

Access Cruise offers 'expansive knowledge of international ports and destinations. We can bring a lot of value to clients and help ports deliver what cruise lines are looking for,' McKee said.

What sets her apart from other consultants, she believes, is her sales and marketing expertise. 'If you're looking for a sales person,' she said, 'I'm the one.'

Hired as a consultant to assess what shore excursions the new mainland Honduras destination Banana Coast should be offering, McKee not only developed the tour program but became a partner and investor. She plays an active role in marketing Banana Coast, which has 32 calls scheduled in 2014/15 and Holland America Line committed for 2015/16.

McKee distinguished Banana Coast from the island of Roatán in that it has lots of room to grow and a rich history on top of abundant natural assets. Christopher Columbus landed on his final voyage, the colonial town of Trujillo has a fort and pirate history and there is Garifuna culture, too. The 19th-century American adventurer William Walker, who tried to set up colonies in Central America and became the president of Nicaragua, was executed and buried in Trujillo. The banana business boomed before World War II.

McKee's company also serves as the US representative for Tura Turizm, a leading tour operator in Turkey that's known for innovation, authenticity and pioneering new technology. One task is helping the award-winning operator diversify beyond the cruise industry into such areas as group travel.

Work for the Genoa-based tour operator/port agency Medov as it expands beyond Italy and the Mediterranean's French and Corsican ports includes helping distinguish its product offering and looking for new opportunities. Earlier this year Medov acquired a significant stake in TNM Corp., a leading South American tour operator and shipping agent.