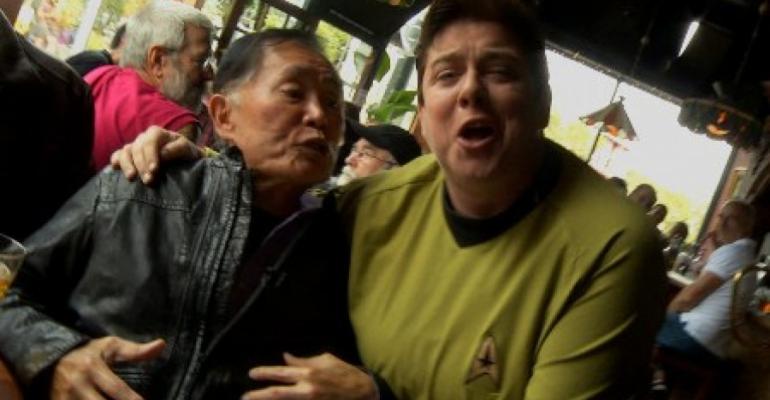 Takei, left, with one of his 'Star Trek' fans

'Star Trek' veteran actor, activist and social media star George Takei will be on hand for a screening of 'To Be Takei' aboard Queen Mary 2's trans-Atlantic crossing.

The documentary starts with Takei's childhood in US internment camps for Japanese Americans during World War II and continues through his role as Sulu on 'Star Trek,' to his social activism and rise as an Internet phenomenon with more than seven million Facebook fans.

Takei will join the ship’s eight-night voyage from New York to Southampton and deliver two presentations for Cunard’s 'Insights' program.

Starz Digital Media acquired the North American rights to 'To Be Takei' following its world premiere at the 2014 Sundance Film Festival. The film is now available on DIRECTV through Aug. 6 and will be released in theaters and via On Demand, iTunes and other digital stores on Aug. 22.