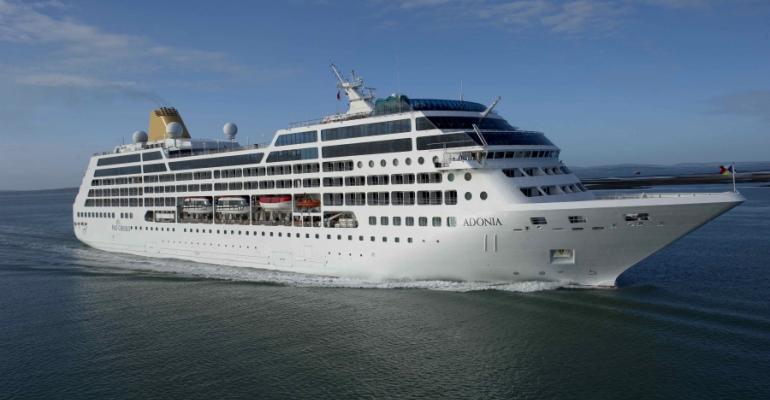 The deficiency must be corrected for Adonia to get its USCG certificate of compliance to sail from Miami
Fathom's Adonia has a deficiency with its sliding fire screen doors under transitional power, the backup battery that would be needed in the event of a power loss and emergency generator failure, Cmdr. Bradley Clare, chief of prevention for Coast Guard Sector Miami, told Seatrade Cruise News.

The company is working to fix the issue, the only one of a number of deficiencies that remains following the US Coast Guard's first inspection of Adonia last week for its certificate of compliance.

The deficiencies that were corrected included areas of training, with crew not familiar with duties, mostly in terms of running lifeboat engines; lifesaving, with some expired life jacket lights; stowage of some provisions in lifeboats; and marking, Clare said.

Although Adonia visited the US several months ago, at the time the ship was in transit, not embarking passengers, so it underwent just a port state inspection. Now that Adonia will be embarking passengers from the US, it requires a certificate of compliance. That entails a thorough inspection and testing of systems.

Clare said Fathom had been working to resolve the deficiencies since the April 6 initial exam and all were corrected prior to the canceled April 10 inaugural voyage, apart from the sliding fire doors under tertiary backup (battery) power. Clare estimated there are 17 or 18 of those doors throughout the ship.

Carnival Corp. & plc has stated the April 17 cruise would go ahead.

USCG is in close contact with Fathom and Adonia's classification society, Lloyd's Register, to facilitate getting the vessel to certification, but Clare could not say when that would happen.

He said Fathom was still troubleshooting the issue.

Adonia's technical management is handled by P&O Cruises. The ship had undergone a short drydock at Grand Bahama Shipyard before its planned entry to service for Fathom. All the April departures are for the Dominican Republic. The first Cuba cruise is set for May 1.