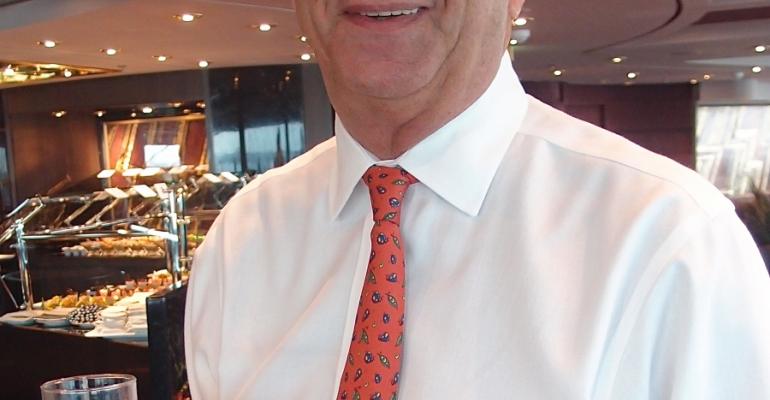 Sasso - MSC Divina product, service will remain 'Americanized.' He is pictured in the lounge of the ship's MSC Yacht Club

The decision to send Miami-based MSC Divina back to the Mediterranean during summer 2015 will help US travel agents entice their clients to Europe for higher-ticket cruises while taking ship out of the competitive Caribbean, said Rick Sasso, president and ceo of MSC Cruises USA.

'Travel agents can make much more money in the Mediterranean than the Caribbean in June and July,' Sasso told Seatrade Insider.

The redeployment was 'well thought out' and previewed with key travel partners who gave it their blessing.

Now that MSC Divina is 'Americanized,' with menus, activities and service crew trained for the market, the ship will stay that way and not change its style when in Europe.

It will be getting further North American-oriented tweaks during a drydock in Europe before returning to South Florida for a third season of seven-night Caribbean cruises starting in November 2015.

Sasso said those features and the selection of the drydock will be announced later.

In addition, other key announcements related to the North American market will be made in the next two weeks.

Everything, including MSC Divina's Mediterranean summer, ties in to other moves the company has made recently, Sasso said, among them, more than doubling its North American sales force to support travel agents.