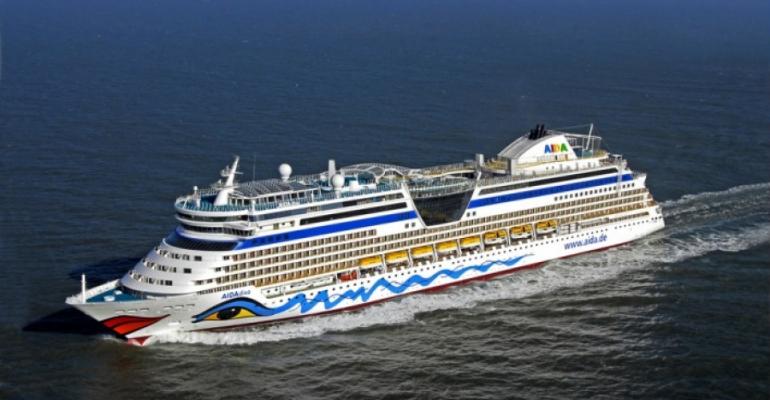 Update: AIDA Cruises is dropping calls at Israel in July and August. Ashdod will be replaced by Santorini. Small particles, possibly rocket debris from the conflict between Hamas militants and Israeli forces, fell on the deck of AIDAdiva Monday night after the ship's departure from Ashdod. There was no damage to the vessel, and no one on board was harmed.

According to AIDA, the particles—that were between 0.5 and 2 centimetres—were not dangerous.

An AIDA spokesman said the ship was not the target, as had been erroneously stated in some early German media reports.

The line said the incident occurred at approximately 8:28 p.m. local time while AIDAdiva was leaving the port with 2,700 passengers and crew on board.

Explosions in Ashdod were observed from the ship. Afterward, the particles were found on the deck of AIDAdiva and secured by crew members.

AIDA said the particles may be from defence missiles, according to experts' assessment.

The ship's command immediately informed passengers of the incident.

AIDAdiva continued sailing without delay and is to call at Crete on Wednesday morning, as scheduled. The ship is on a one-week cruise from Antalya, Turkey.

'We regret that the guests of AIDAdiva became witnesses of this incident,' said AIDA spokesman Hansjörg Kunze, who added that the safety of passengers and crew is the company's top priority. He added that until noon on Tuesday, no travel warning had been issued for Ashdod by Germany's Foreign Office.