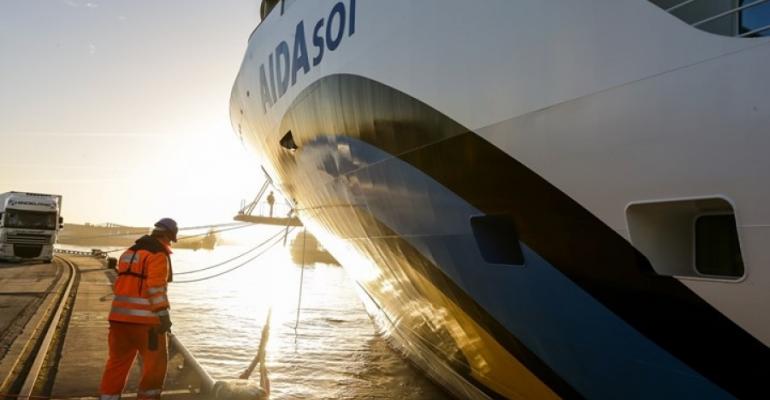 The remaining three ships in the fleet will follow, AIDA confirmed.

According to the cruise line, a few months after their installation the first EMMA units have already helped to establish new priorities for both technical improvements as well as optimizing operations.

The EMMA Energy Management System is a decision support tool to minimize the overall energy costs for individual ships and whole fleets.

In addition to collecting a huge database of operational and technical information, the system's main function is to give real-time decision support for operating the ship and its systems as close to the optimum as possible.

One of its most important features is its direct link to the ship's automation system as well as to the shore-side organization of AIDA Cruises.

The crew can utilise this information to optimise the ship's energy-efficient operation, for example by changing the engine configuration or optimizing the trim.

‘At AIDA we've realized that in order to achieve maximum efficiency, we must approach energy management onboard clinically and scientifically,’ said AIDA's svp marine operations, Jens Lassen, ‘this is why we installed EMMA. The biggest benefit of having such an advanced energy management system onboard is that mathematically analysed key performance indicators are at your fingertips, not only raw data.’

The ABB Group, which employs some 140,000 people in 100 countries, has already in the past supplied various components to AIDA's ships including an order worth $60m in 2012 to provide complete power and propulsion systems for the two newbuilds at Mitsubishi Heavy Industries.