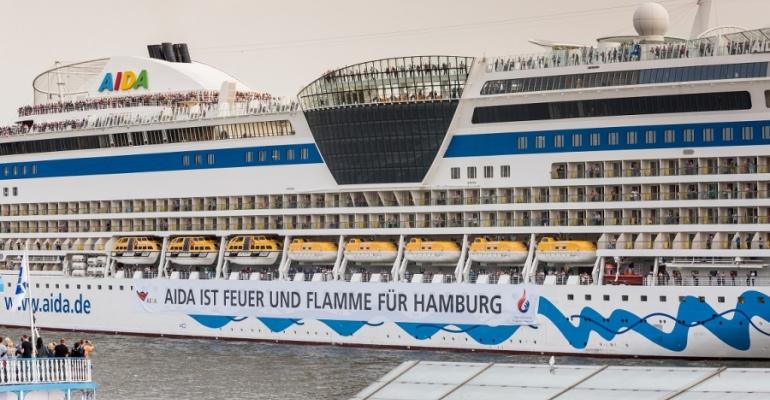 Prior to leaving the city, AIDAbella toured through the port, passing Hamburg's Elb Philharmonic Orchestra building (currently under construction) and the Landungsbrücken area.

2,000 passengers onboard were invited to assemble on deck with flags to wave support and greet the city while numerous spectators and well-wishers gathered ashore to view AIDAbella.

Germany has hosted the Olympic Games twice, most recently in 1972. Hamburg hopes to become host of the 2024 Games, with Kiel as its partner venue for yachting competitions.

A public referendum on the bid is due to be held this November. If the outcome is positive Hamburg will proceed in submitting a formal application.

AIDA is among companies supporting Hamburg's application. In addition the cruise line recently announced it will sponsor Team Hamburg 2016, a group of athletes from Hamburg who are going to take part in next year's Games in Rio de Janeiro.