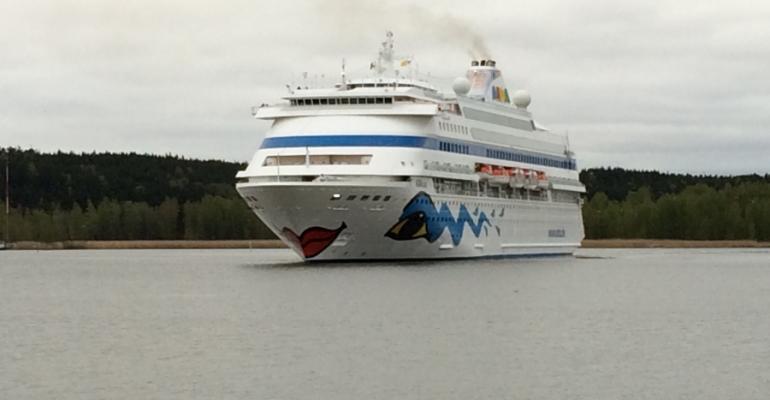 AIDAcara sails through an archipelago of 20,000 islands enroute to Turku

Monday marked a special day for the port and city of Turku, as AIDAcara was welcomed on a maiden call - the first of five for the AIDA Cruises' ship in 2015.

The ship was welcomed by musicians at the quayside, plus at the end of the afternoon, guests were entertained to some lively sea shanties on open deck, performed by a renowned choir of local shipping executives.

AIDAcara was constructed in Turku before entering service in 1996, at what was then known as Kvaerner Masa Yard.

To mark the occasion of her return to Turku, around 40 shipboard staff were invited to the Meyer Turku shipyard during the day, to see the ship construction process. It is expected that visits to the yard will be a regular shore excursion for cruise passengers over coming and future seasons.

Turku is Finland’s oldest city and was its capital for around 600 years until 1812. It is approached through its own spectacular archipelago of 20,000 islands. It is already starting to liaise with cruise lines in planning for 2017, which will be a festive year marking the 100th anniversary of Finland’s independence.