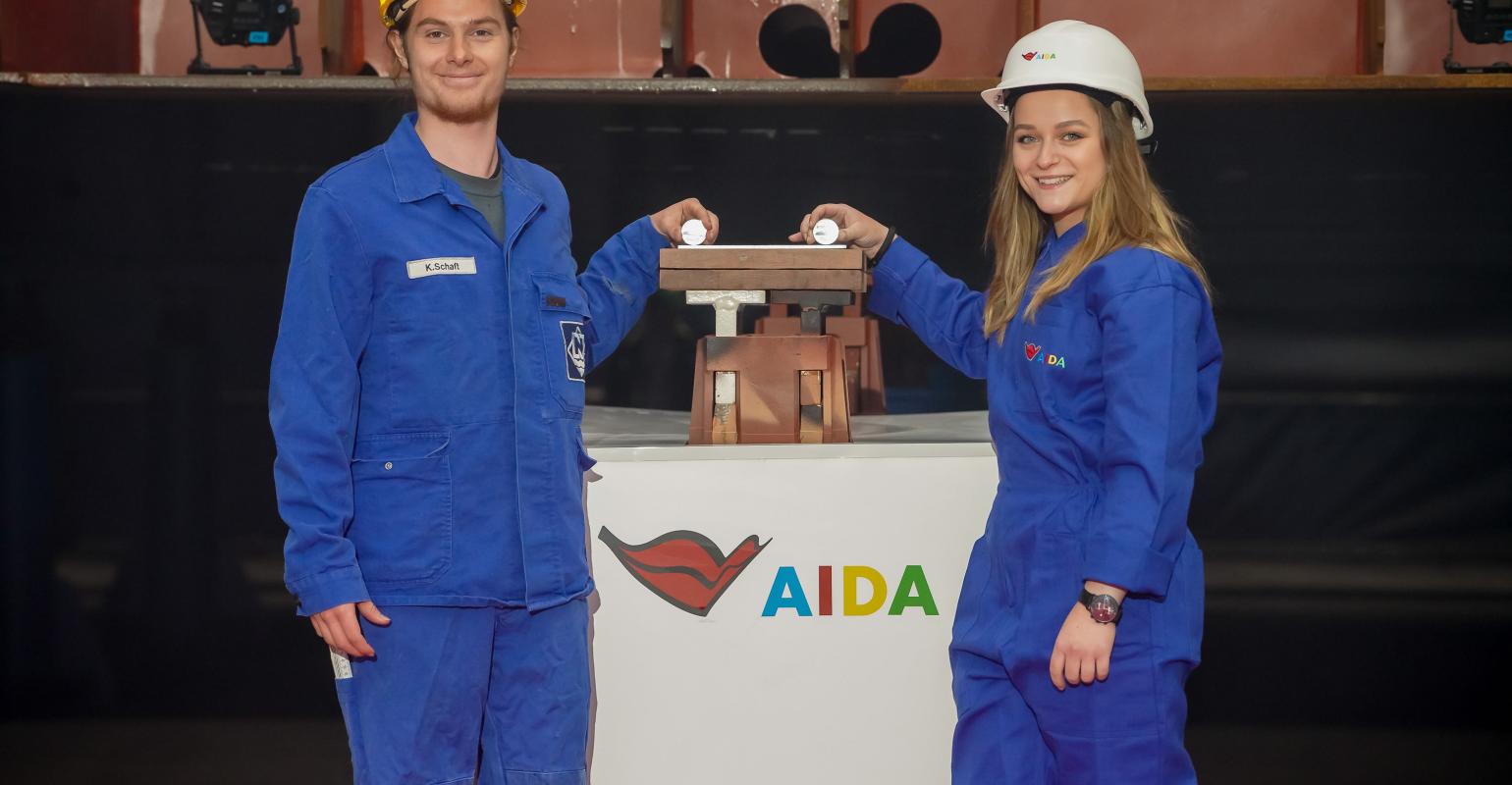 AIDAcosma is the name of AIDA’s second LNG-powered ship

The first building block for AIDA Cruises’ second LNG-powered cruise ship, to be named AIDAcosma, was put in place at Neptun Werft in Rostock.

Two trainees, Charleen Hoffmann (AIDA Cruises) and Kenny Schaft (Meyer Werft), placed a traditional lucky coin beneath the first of what will total of 90 blocks.

The ship will cruise from Kiel to the Norwegian fjords and the Baltic Sea from summer 2021.

Eichhorn commented, ‘The keel-laying of our second LNG-powered cruise ship here in Rostock is an expression of our company’s economic and innovative power in Rostock and throughout northern Germany.’

In 2018, AIDA Cruises contributed over €1.6bn to northern Germany’s economic growth. The company’s economic performance in Rostock alone (exclusive of shipbuilding) amounted to around €160m, according to a study carried out by Deloitte & Touche in conjunction with the universities of Hamburg and Genoa.

By making investments of over €2bn in Germany by 2023 with the construction of AIDAcosma and a third LNG-powered cruise ship, the company will be contributing to further value creation and the creation of secure jobs in shipbuilding and the maritime supply industry.

At 183,900gt and a length of 337mtr, AIDAcosma will have 20 decks and 2,600 staterooms. A new feature is the Fun Park at the stern with a children’s pool, a twin water chute and water slide. For the first time, the outdoor Sport Deck will have a boulder wall. The Pool Deck in the stern extends across the width of the ship.

Food and beverage choices include 17 restaurants and 23 bars. New is The Beach House Restaurant serving summery and light dishes. Its decor will have soft cream and sand shades.

The specialty restaurant Mamma Mia is also new, offering home-made pasta and fresh Italian cuisine with table service. The many public amenities include the Theatrium, shops, a disco, a gym area, the lavish Body & Soul Organic Spa and clubs for tiny tots, kids and teens.