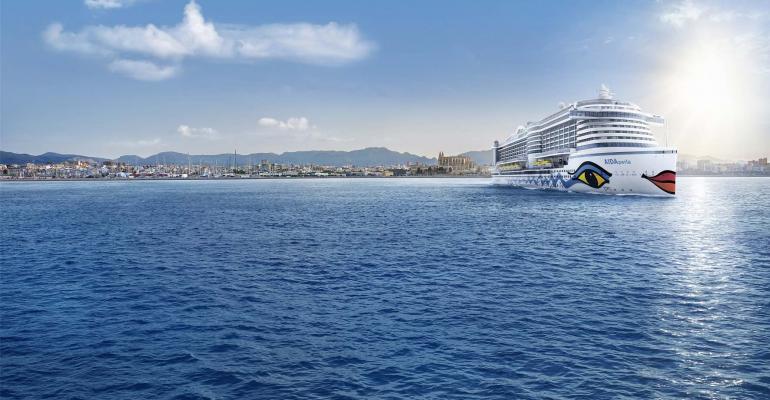 AIDAperla will replace AIDAbella from Palma de Mallorca in July and August
AIDAperla, due for 2017 delivery by Mitsubishi Heavy Industries as the sister of this year's AIDAprima, will be completed and inaugurated two months ahead of schedule.

Instead of September as planned, AIDAperla will commence western Mediterranean operations July 1 from Palma de Mallorca. The new ship will replace AIDAbella, which will reposition to northern Europe in July and August, on itineraries to be announced shortly.

Throughout July and August, AIDAperla will sail seven-day cruises from Palma de Mallorca to Civitavecchia, Livorno, Corsica and Barcelona. Barcelona will also be used as a turnaround port.

AIDA Cruises is rebooking passengers scheduled for AIDAbella from June 30 to Aug. 26 on AIDAperla, which offers a much wider choice of cabins with 14 categories.

Starting Sept. 1, AIDAperla will embark or its originally planned autumn and winter program, four different western Mediterranean itineraries from Palma de Mallorca. In March 2018, the ship is to reposition to Hamburg to take over the weekly 'Western Europe Metropolises' route that is being operated by AIDAprima until autumn next year.

AIDA Cruises plans to release details about AIDAperla's christening at a later date.