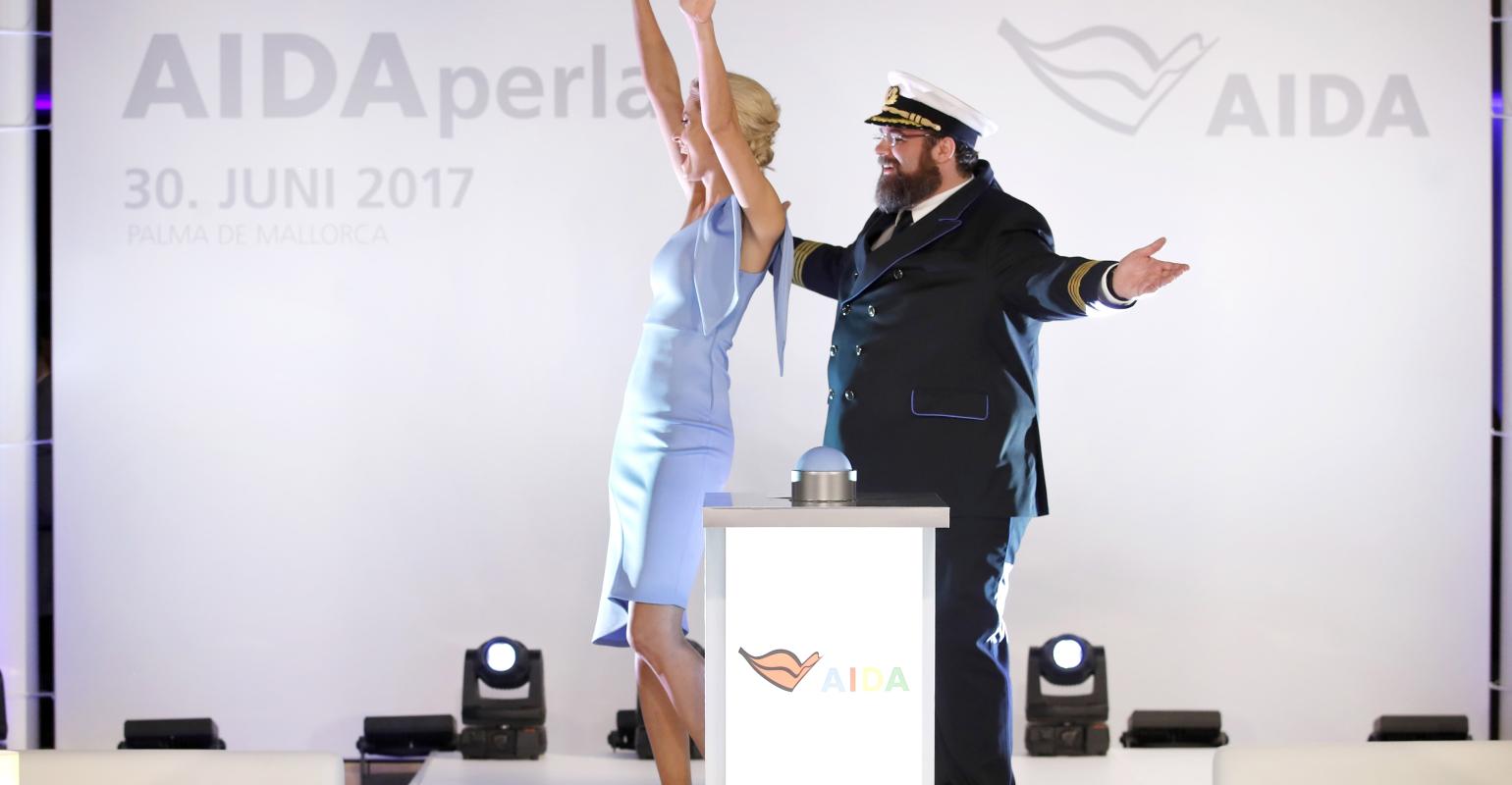 Hurrah! Godmother Lena Gercke and Capt. Boris Becker rejoice after the second try was a smash

Ablaze with colored lights in the harbor of Palma de Mallorca, AIDAperla was named by German model and television host Lena Gercke during Friday evening festivities.

From a stage on deck and accompanied by Capt. Boris Becker, Gercke pushed a large button that released a Balthazar (12 liters) of Moët & Chandon Champagne against the hull of AIDA Cruises' 12th ship.

The bottle didn't break on the first try, and 10 minutes later, the godmother and Becker returned to the stage. The captain put his hand atop Gercke's as she proclaimed: 'One more time!' in English, and they pushed the button.

This time the bottle smashed, and fireworks exploded above AIDAperla as spotlights illuminated the distinctive AIDA eyes and lips painted on the bow.

Stars from 'The Voice of Germany' rocked the big christening night aboard the ship in a ceremony streamed live on Facebook, YouTube and across the AIDA fleet.

Among the performers were Tay Schmedtmann, the Season 6 winner, and Jamie-Lee Kriewitz, who won Season 5 and represented Germany at the 2016 Eurovision Song Contest with her hit 'Ghost.' Other participants from the 2016 finale of the popular talent show included singer-songwriter Boris Alexander Stein and blues rocker Marc Amacher.