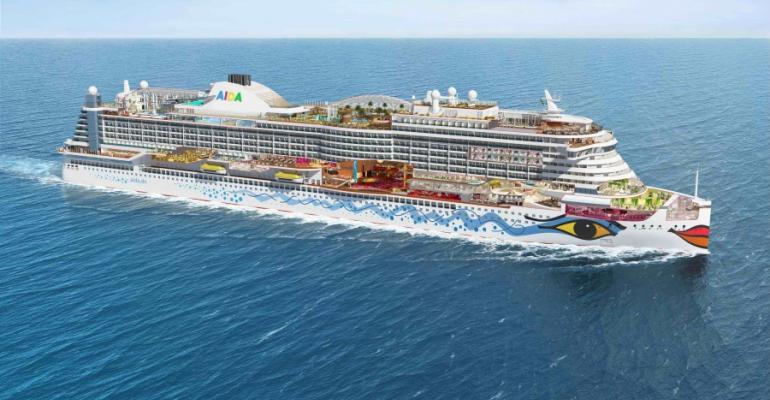 AIDAprima's completion at Mitsubishi Heavy Industries has been delayed six months. Instead of entering service Oct. 1, the ship will begin cruising in April from Hamburg.

AIDAstella is being redeployed from its western Mediterranean program to assume what would have been AIDAprima's 50-day maiden voyage from Yokohama to Dubai, its Arabian Gulf cruises and its repositioning voyage from Dubai to Hamburg.

'We deeply regret that we are not able to offer our guests the vacation they were hoping for as we had planned,' AIDA Cruises president Michael Ungerer said. He added that all impacted passengers would be offered alternatives and generous compensation.

'We are firmly convinced that we will be getting a first-class ship that will set new standards and exceed guest expectations with its product innovations, top-notch quality and even more services,' Ungerer said of AIDAprima.

The ship will operate its scheduled cruises from Hamburg starting in April. AIDAprima's christening will also be held in Hamburg. The line said more details will be announced soon.

It is the second major delay for this next-generation ship. Originally AIDAprima was due for delivery in March 2015. In April 2014, AIDA said the handover would be put back six months, to October 2015, after Mitsubishi HI asked for more time to complete the ship.