HomeNewsAlaska updates, from big (Royal Caribbean) to small (Lindblad)
Recent
News
Recent News
Onboard Media touts locally made products on Carnival ships in Alaska
May 24, 2022
NCL moves to nine ships in Europe this year with Sun redeployed from Asia
May 24, 2022
AmaWaterways unveils savings for Mekong return in October
May 24, 2022
NCL’s Ben Angell new chairman of CLIA Australasia
May 24, 2022 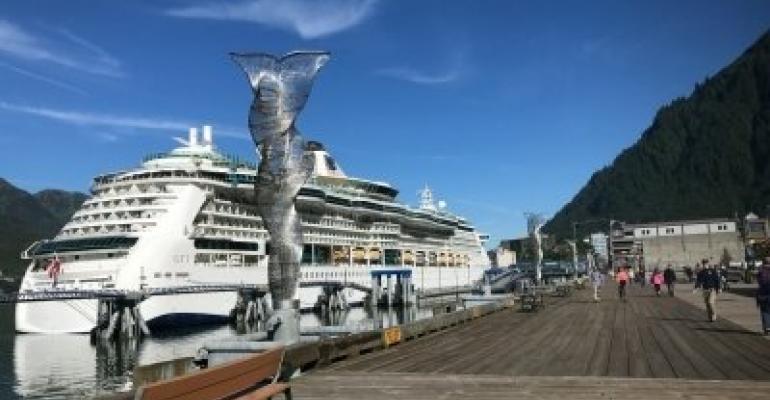 Cruise capacity is up in Alaska this season. Pictured here: Juneau, one of the leading ports PHOTO: City and Borough of Juneau

The Alaska market is being closely watched given 2019's capacity spike and Carnival Corp.'s late March comment that pricing is down there on its 8% capacity increase, including its biggest ship in the market, Royal Princess.

This contrasted with Norwegian Cruise Line Holdings' late February expectation of 'another blockbuster season' in Alaska. The company is deploying another big vessel, Norwegian Joy, there this season.

The 168,666gt Ovation of the Seas, with 4,180 lower berths and total capacity for 4,905 passengers, is the biggest in Alaska and the first Quantum-class ship to operate on the West Coast, while sister brand Celebrity Cruises is sending a second Solstice-class ship in its lineup.

All told, capacity for Royal Caribbean Cruises Ltd. is up 24% to 25% in Alaska, however the region comprises just a 5% share of RCL's 2019 geographic distribution, 10% in the summer quarter.

'It's the highest yielding geographic market that we have,' Bayley said Tuesday.

'Maybe other brands and products are having a struggle,' he added, 'but we feel pretty good about where we are.'

'The Alaska market is still incredibly strong for us. Our occupancies are as high as they've ever been, and pricing is higher,' Sven-Olof Lindblad, CEO of Lindblad Expeditions Holdings, said Thursday.

This is the first summer Lindblad will have four ships operating in Alaska, totaling 320 beds. Included: Its newest ship, the 100-passenger National Geographic Venture.

'Bookings for 2020 are looking very, very strong so I see no dilution of the market at all,' Lindblad added.