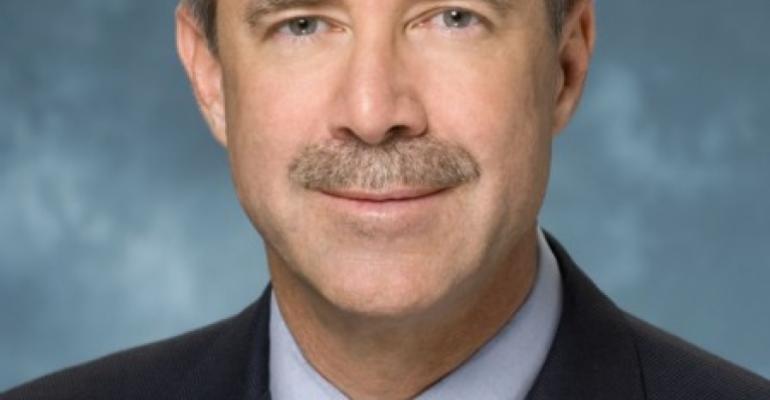 Dean Brown - led key areas over 35 years with Princess
Looking back over a long, colorful career with Princess Cruises, Dean Brown's highlights include the development of Alaska as a destination and the growth spurt of big, new ships, particularly in the early 2000s when a trio of vessels arrived in one breathtaking 90-day stint.

'It's been very exciting,' Brown said. 'The cruise industry the last 35 years has been a great place to work. There has been a lot of growth. That created opportunities and challenges.'

One of the company's top executives who has led a wide variety of areas including Princess Tours, Brown, currently evp corporate services, is retiring in January.

'His talents are many, and his contributions to Princess have been great,' Princess president Jan Swartz said.

She recounted how, at Princess Tours in Seattle, Brown helped create and deliver the Alaska tour experience for vacationers looking for 'a new, exciting adventure' and, rising to become president, he 'passionately led a team that built Princess into the leading cruise line in Alaska with our network of purpose-built wilderness lodges, land excursions, trains and motor coaches.'

'Many Princess employees have relied on Dean over the years as a mentor who helped them become stronger business leaders,' Swartz said. 'I will personally miss his valuable advice and counsel.'

Brown has agreed to stay on as an adviser to the company's Alaska organization, and currently he's involved in helping forge the new shared services teams under the Holland America Group. 'This transition is going well,' he reported.

Brown began his Princess career at the tours division in 1979, where he was hired as a management trainee to head what was then a six-person reservations team in Seattle.

In 1979, Princess fielded three ships: Sun Princess, Island Princess and Pacific Princess, totaling fewer than 2,000 berths. Now the brand operates globally and is among cruising's largest, with 18 ships and a newbuild set for 2016.

'Alaska was a big highlight,' Brown said, citing the building of the product and the infrastructure, developing the state as a destination and raising the level of experiences people can have there. When Princess began turning ships in Whittier, there was no road, just a railway tunnel, and vessels carried 600 to 700 people.

Now Whittier can support 3,000-passenger ships, there's a road and a 'Direct to the Wilderness' rail service to Denali National Park & Preserve.

Brown rose to president of Princess Tours and in 2000 relocated to Princess Cruises in Los Angeles. He continued to oversee tours and, in various senior assignments, fleet operations with responsibility for hotel, marine, fleet personnel and technical areas, and shore operations. He led customer service and sales as evp and for a number of years was the company spokesperson.

The early part of the 2000 decade was particularly fast-paced. Another career highlight was the 'fantastically exciting' five years when Princess introduced the ships Golden, Star, Tahitian (now Ocean), Pacific, Island, Coral and, in just three months, Caribbean Princess and the Japan-built Diamond and Sapphire Princess.

Competitors were growing fast, too, so the destination-focused Princess wagered that ship-naming festivities in key ports would be attention-getters and bolster community relations.

In 2003, the Coral Princess naming in the Panama Canal's Gatun Locks by Panama President Mireya Moscoso and the Island Princess naming in Vancouver, BC, by Olympian gold medalists Jaime Sale and David Pelletier were among Brown's favorite festivities. Relations with Panama blossomed, and Vancouver—'a tremendous port'—got deserved attention.

Concerning ships, when Sun Princess was introduced in 1995 and Grand Princess in 1998, each was the largest cruise vessel at the time. Brown is glad to have been a part of Princess's ability to innovate, build bigger ships and deploy them to wider destinations.

'Dean’s legacy is particularly evident in San Francisco where he championed the building of the port's new James R. Herman Cruise Terminal, made early and consistent commitments to environmental protections such as cold ironing and invested in the rehabilitation and expansion of the port's drydock for the benefit of Princess and the entire maritime industry,' Moyer said.

Next week, Brown and wife Sue will travel to Hawaii to celebrate their 30th anniversary. They met when Sue had a summer job at Princess Tours in Seattle.

Since most of their family live in Seattle and Alaska, the Browns may return to the Seattle area. Not sure if he'll be a retiree who enjoys kicking back or if he'll get bored and seek a new challenge, Dean Brown is open to opportunities but plans to start retirement by taking a break.