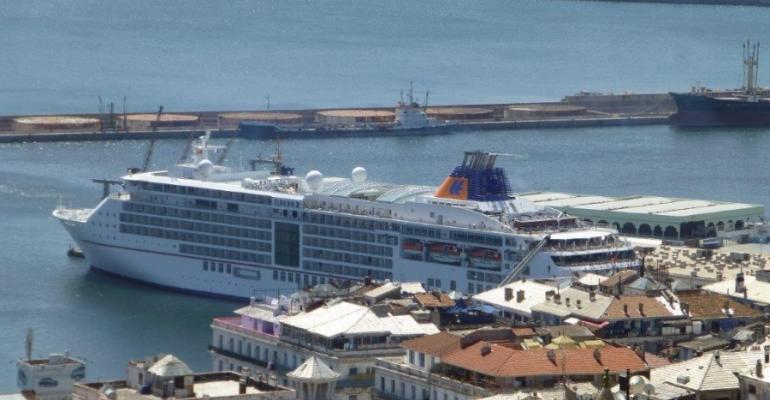 View of Europa 2 from the Upper Casbah, Algiers

Last Saturday’s visit of Amadea in the port of Skikda in the east of Algeria, was a hat trick as not only was it a maiden call but it was also the first time Algeria Cruise Services handled a cruise ship in Skikda and the first time that Skikda itself welcomed cruise passengers (a couple of small cruise ships called but this was to visit the inland cities of Constantine and Timgad).

This time, most cruise passengers visited Skikda and nearby Stora on a tour which was specially designed for Phoenix which consisted of the highlights of Skikda and a stop at the small picturesque fishing port of Stora.

Guests were welcomed in Stora with a feast of barbequed freshly caught sardines.

The event was reported by several TV stations. Amadea’s shore excursion manager Linus Schmidt informed ACS’s joint md’s Ivan Mifsud and Mourad Larbi that the call to Skikda was ‘a big success and all guests were very delighted’.

With this call in Skikda, ACS can claim to have handled cruise ship operations in almost every single Algerian port, namely: Ghazaouet, Oran, Algiers, Bejaïa, Skikda and Annaba.

Port of Algiers welcomed Europa 2 on May 22 on a maiden call to Algiers and Algeria.

The passengers, mainly German, enjoyed visiting the UNESCO-listed Casbah of Algiers and the lesser known, Roman ruins of Tipasa and the Mausoleum of Mauretania whilst others chose to see the highlights of Algiers such as the Martyrs Monument, La Grande Poste and the Catholic Basilica of Notre Dame d’ Afrique perched on the top of Bologhine overlooking the Bay of Algiers and proudly facing Rome. Tours were organized by Algeria Cruise Services.