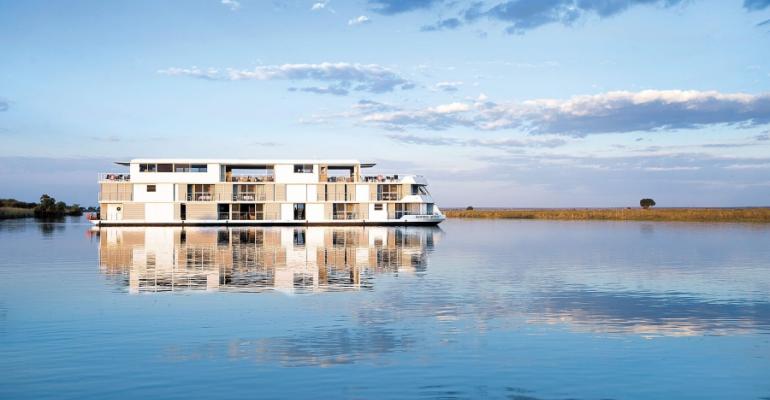 Zambezi Queen - designed for wildlife viewing on the Chobe River

AmaWaterways' 2016 and 2017 Africa brochure details sailings along the Chobe River, brings back the ‘Discover Africa’ itinerary and adds land options including a visit to Nelson Mandela's Soweto home.

The 28-passenger Zambezi Queen, often referred to as a floating lodge, was designed for wildlife viewing. The top level, open-air pool deck gives 360-degree views of the Chobe River and its daily visitors, including Africa's largest concentration of elephants.

AmaWaterways’ Africa experiences range from 10 to 19 days and offer game drives, a visit to Victoria Falls and stays at luxurious safari lodges.

Travelers who make their way to Cape Town can now visit two wineries and take a scenic drive through the local wine country, or have the option to join a Robben Island guided tour and explore Cape Town’s diverse and bustling neighborhoods.

Another new addition to the 2016 and 2017 program is an optional two-night post-cruise extension in Johannesburg as part of the ‘Discover Africa’ itinerary. This includes exploration in the township of Soweto and a visit to the former home of Nobel Peace Prize winner Nelson Mandela.

AmaWaterways’ 'Discover Africa' provides three nights in Cape Town, followed by a four-night cruise and two nights at Victoria Falls, with the option to extend for two nights in Johannesburg. Prices start at $8,499.