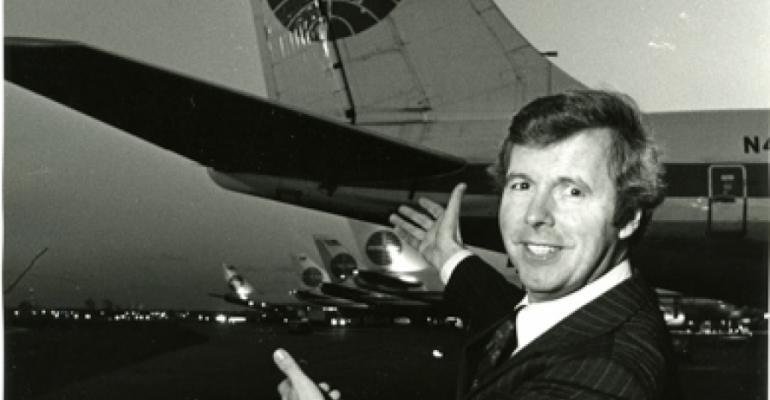 Jimmy Murphy, who co-founded Brendan Worldwide Vacations and AmaWaterways, was a key figure at the American Society of Travel Agents and a proponent of the United States Tour Operators Association, died Thursday. He was 82.

Rudi Schreiner, president and co-owner of AmaWaterways, called Murphy a true gentleman. They knew each other for more than 25 years and in 2002, together with Kristin Karst, they started their own river cruise line. During their 12-year AmaWaterways partnership, their families became very close.

'When Kristin and I got married in April 2011, Jimmy took over Kristin’s "father of the bride" role since her own father no longer traveled long distances and he gracefully guided Kristin to the altar,' Schreiner said. 'We all loved Jimmy Murphy and he will be missed by all of us.'

Born and raised in Ireland, Murphy spent nine years with a retail travel agency in Dublin before moving to the United States. He served as a sales executive with Aer Lingus for 11 years before co-founding Brendan Worldwide Vacations in 1969. In 2006, Murphy sold the company after it had become one of the country’s most successful tour operators.

While at Brendan Worldwide Vacations, Murphy spent four years as national treasurer of ASTA. He was instrumental creating USTOA and served as founding president and the association’s first chairman, followed by a second chairman stint in 1992.

In 1995, Murphy received ASTA’s Allied Member of the Year Award and in 2003, he was inducted into the ASTA Hall of Fame.

Upon co-founding AmaWaterways, Murphy noted that river cruising was 'a thing of the future,' recognizing the opportunities for innovation that were to come from this rapidly growing travel segment. He served as chairman and co-owner of AmaWaterways until his death.

'I feel blessed, for rarely do a father and son have the opportunity to share so much together ... Dad introduced us to the world, and how to live well in it,' said Murphy’s son, Gary, vp sales, AmaWaterways.

In addition to Gary, he is survived by his wife, Sheila, and children Sharon Devitt, Susan Murphy and Sean Murphy.