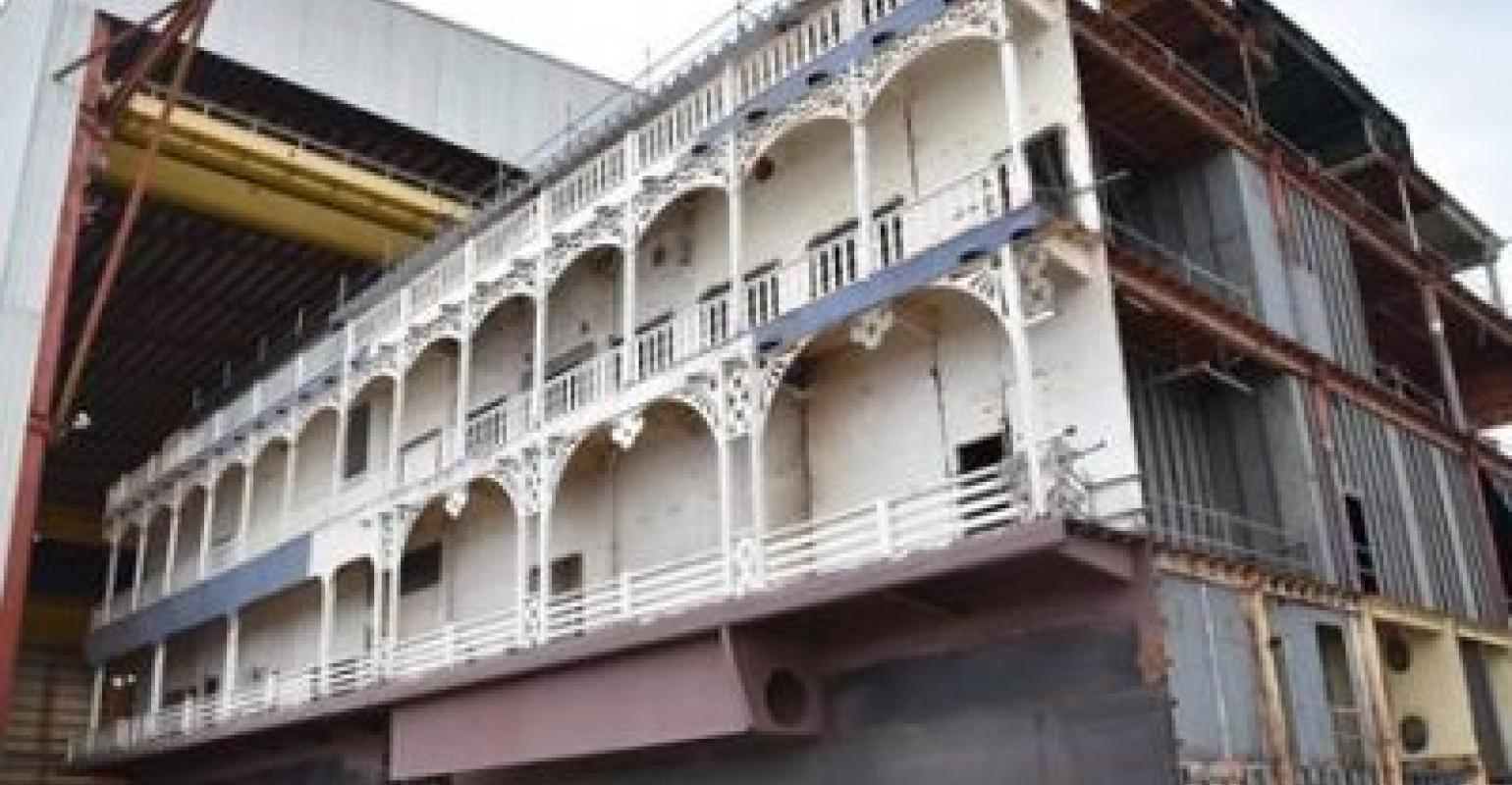 Built on the hull of a former casino boat

The paddlewheeler is being built using the hull of the Kanesville Queen, a former gaming vessel built in 1995. It was cut in two to allow for the addition of a 60-foot mid-body section.

American Countess is planned to offer many of the same heartland and deep South itineraries as sister vessels American Queen and American Duchess.

'We are so thankful to our dedicated team of over 150 skilled employees who have been working around the clock to ready the Countess for its big debut next spring,' said David Kelly, EVP hotel operations, AQSC.

Added Gulf Island president and CEO Kirk Meche: 'We are proud of this monumental milestone and look forward to continuing to provide the best in marine manufacturing and construction for the American Countess.'

With four decks including a Sun Deck, and 123 cabins in four categories with a modern style, American Countess will offer six- to 15-day itineraries, including a 'Mighty Mississippi' cruise.

'We are one step closer to debuting our fourth gem and can’t wait to share more news on dates, itineraries and more in the coming months,' AQSC president and CEO John Waggoner said.