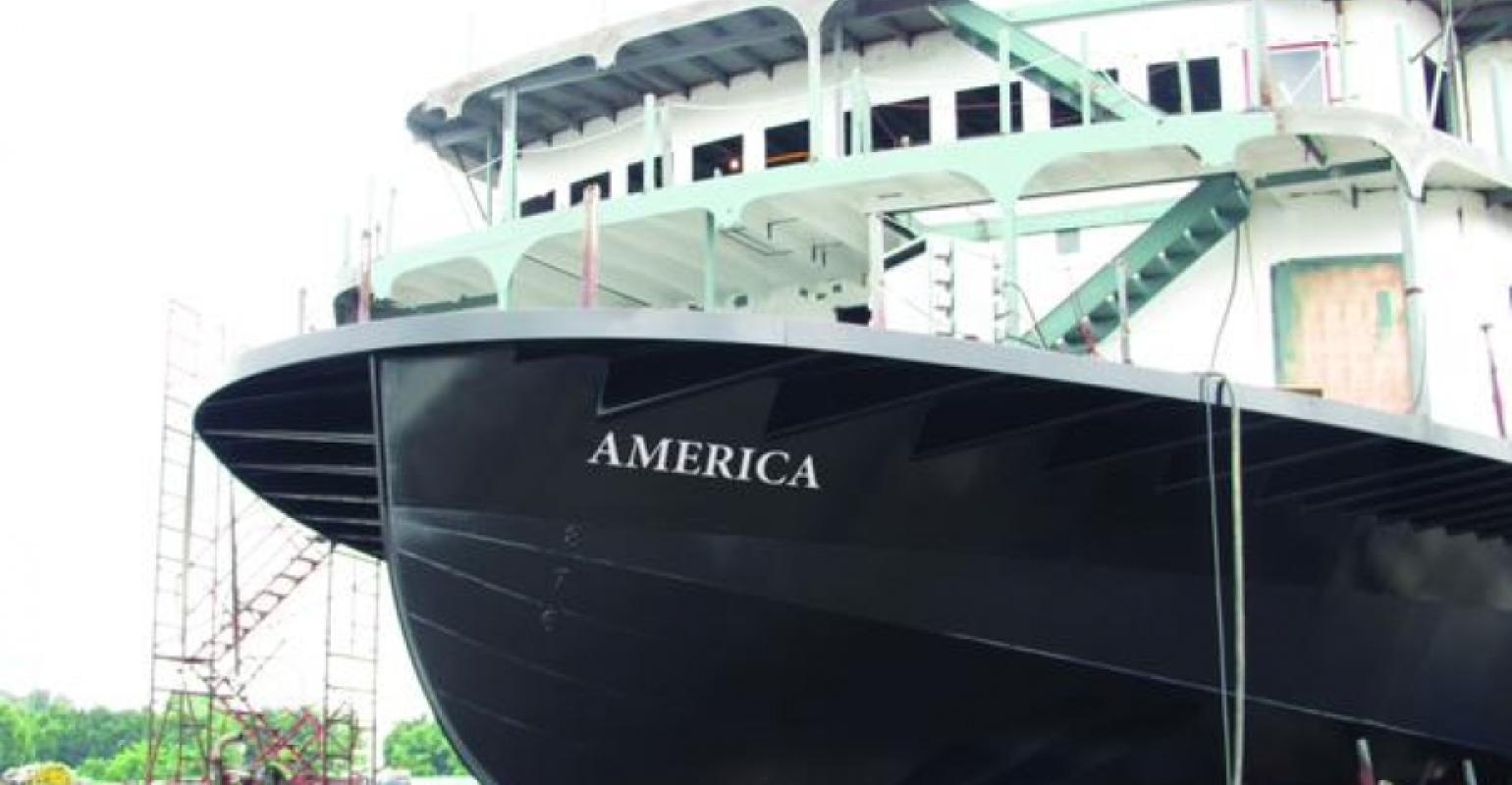 American Cruise Lines' next new Mississippi paddlewheeler will be called America. It's under construction at Chesapeake Shipbuilding in Salisbury, Maryland.

America is being prepared to launch into the Wicomico River early next month, and will be moved to Chesapeake Shipbuilding’s East Outfitting Basin where the upper decks and outfitting will be completed.

This will be American Cruise Lines’ eighth ship and its second new vessel this year. America is scheduled to beginning sailing the Mississippi in early 2016.