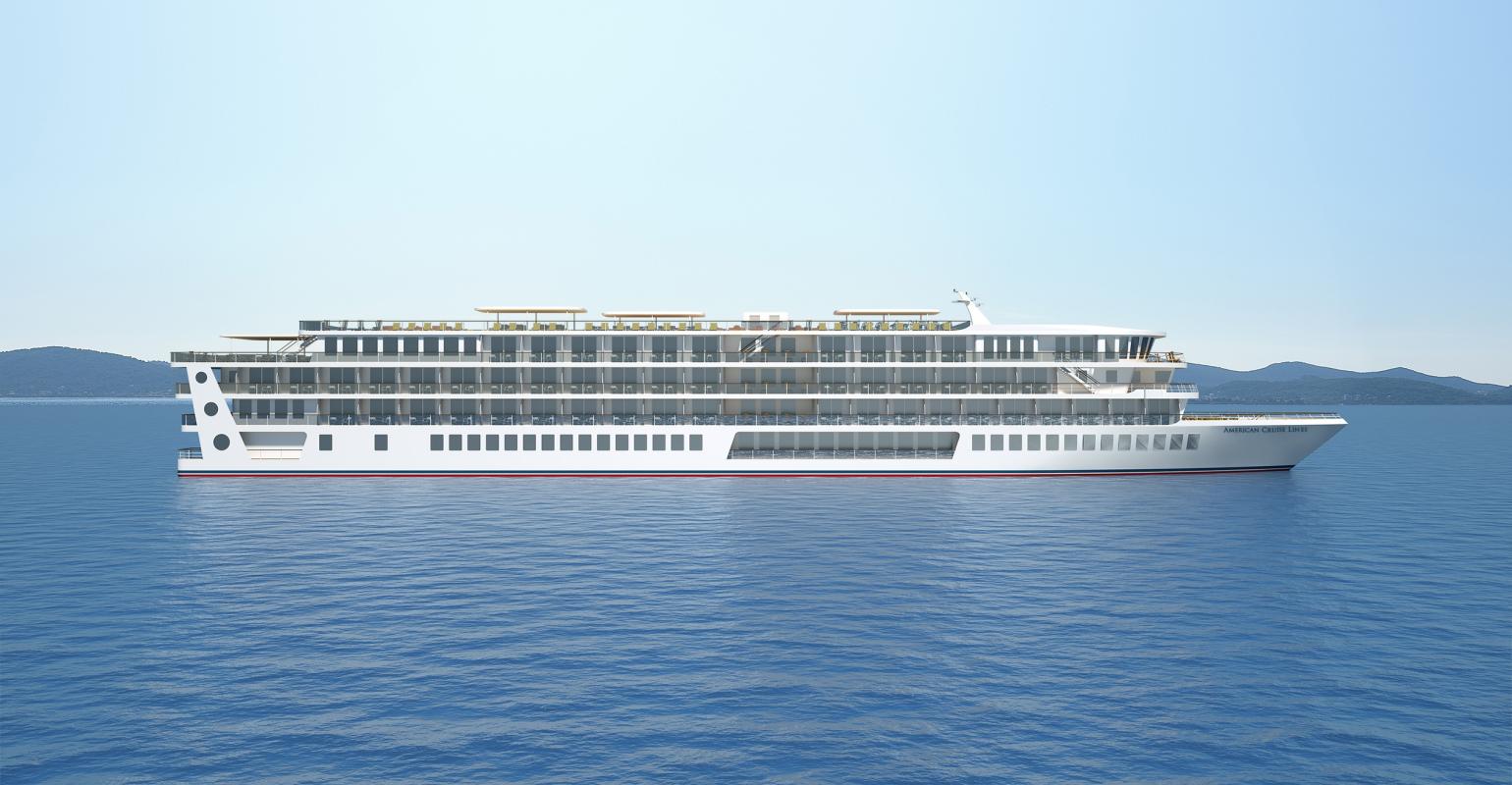 American Cruise Lines is going in a fresh direction with a series of five planned newbuilds that are long and sleek, sporting the contemporary styling of European river vessels.

Until now, the company has been known for riverboats with Victorian details. Though their roomy accommodations are modern, the overall look is reminiscent of historic Mississippi paddlewheelers.

'We sensed an interest in a more modern boat on the rivers,' chairman Charles Robertson told Seatrade Cruise News. They'll have 'a lot more glass and an atrium,' he said. Stretching 345 feet, they'll be four decks high with an expanded number of lounges and amenities. But they'll be low enough to go under key bridges to maximize itinerary possibilities.

The accommodations will have bigger and wider private balconies and hotel-size bathrooms, plus other modern design features.

The first vessel is under construction at Chesapeake Shipbuilding for delivery in 2018. It will carry 200 passengers.

Veth of the Netherlands is supplying the propulsion system with 360-degree azimuthing forward and aft propellers. The engines will comply with the latest Tier 4 emissions standards to drastically reduce particulate matter and nitrogen oxides.

For operations on the Mississippi at ports where there are no docks but only landing sites, vessels need to have a bow ramp. The bow form of these newbuilds looks like that of a conventional ship but a portion will articulate up, allowing the gangway to be hydraulically deployed.

'Once people try us, they come back over and over,' and they tell their friends, he said. But the company doesn't just rely on word-of-mouth. It's running television advertising for a second year in media like Fox News and CNBC, and just became a new national sponsor of PBS's 'Antiques Roadshow.'

Clients are well-educated, well-traveled and affluent, mainly North Americans though the company is drawing more and more business from Australia and New Zealand.

Travel agents are 'more important all the time,' Robertson added, and American Cruise Lines is making a bigger effort to market to them.

It's a challenge to source the US crew for this growing fleet, however 'We make it work. We do a lot of training,' Robertson said. The company employs three ex-Navy officials who instruct recruits at its training center in Guilford, Connecticut.

In addition to the new class of modern riverboats, American Cruise Lines is building two additional vessels at Chesapeake Shipbuilding. American Constellation, with capacity for 170 passengers, is due to enter service this May in New England, and its sister ship will begin cruising in 2018.

'We're still building pretty fast. I don't see any end in sight,' Robertson said. 'People seem to be more interested in the US rivers. But they want to travel in real comfort.'