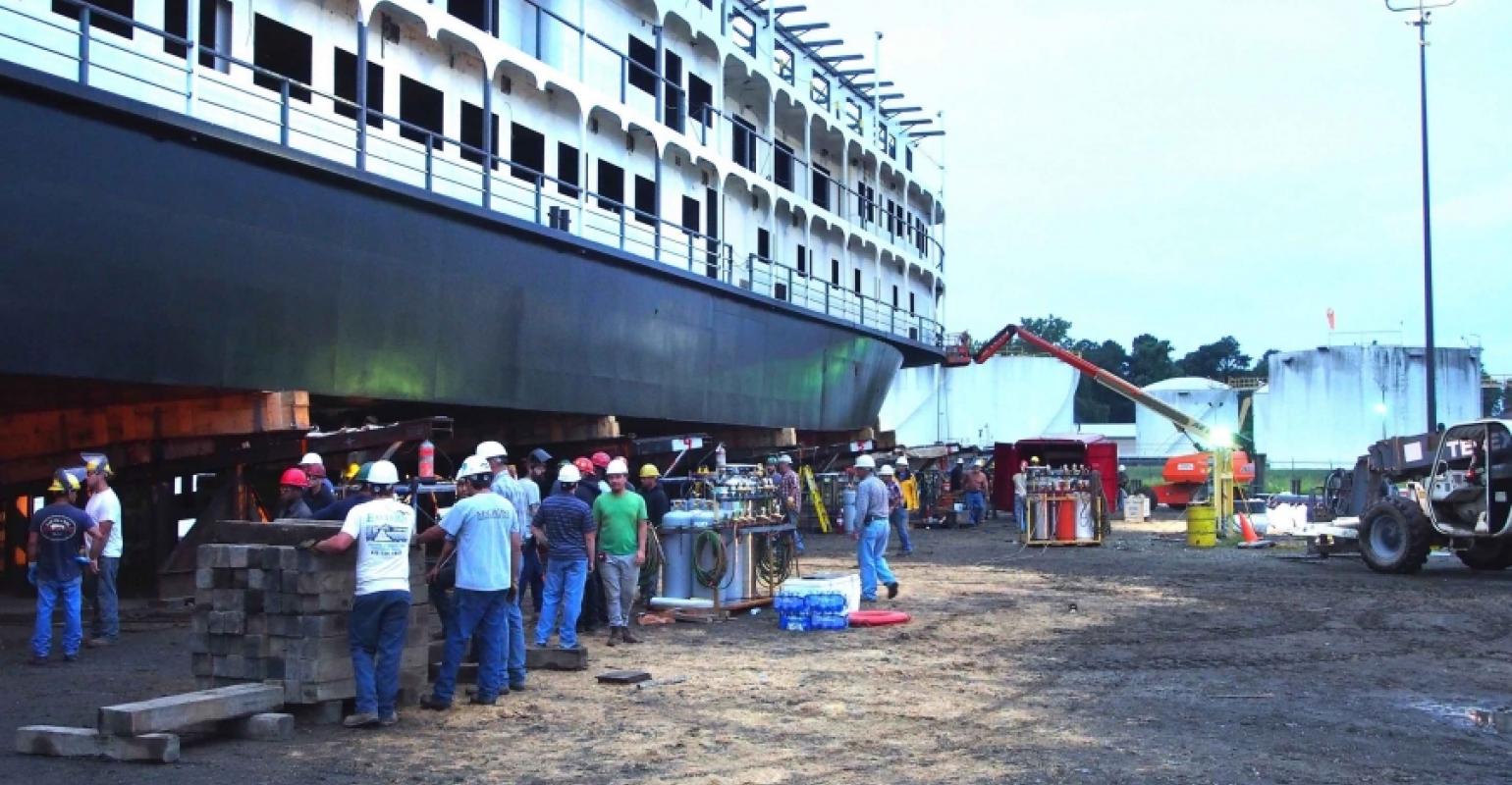 After the vessel went into the water tugboats nudged it into the yard's East Outfitting Basin where the upper decks and outfitting will be completed.

The launch came a few weeks after the two hull sections were joined. With the installation of the upper decks, the riverboat will come together quickly and will become American Cruise Lines' third newbuild for the Mississippi River.

America, with capacity for 185 passengers, is scheduled to begin sailing the Mississippi and its tributaries next spring. It will replace Queen of the Mississippi, which is being renamed and redeployed to the Pacific Northwest.

Construction of a new Queen of the Mississippi is also under way, with delivery slated for 2017.