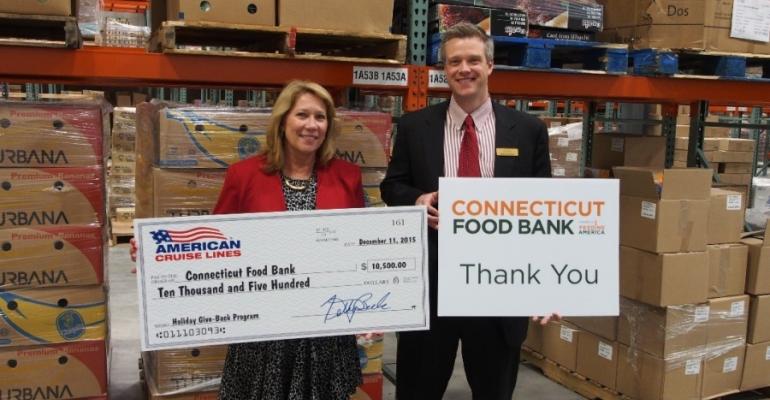 The company continued to support the program by promising to donate $50 to the Food Bank for each ticket sold on its 2015 Thanksgiving cruises. These were Queen of the Mississippi's Mississippi sailing, Independence's 'Historic South & Golden Isles' and American Glory's 'Great Rivers of Florida.' All were seven-night cruises.

'Being able to surpass what we’ve previously donated to the Connecticut Food Bank is phenomenal,' said Susan Shultz, director of sales. 'It’s heartwarming to be able to share our successes with our local community and those in need.'

Shultz presented the Connecticut Food Bank with the donation on behalf of American Cruise Lines at the Food Bank’s new distribution center in Wallingford.