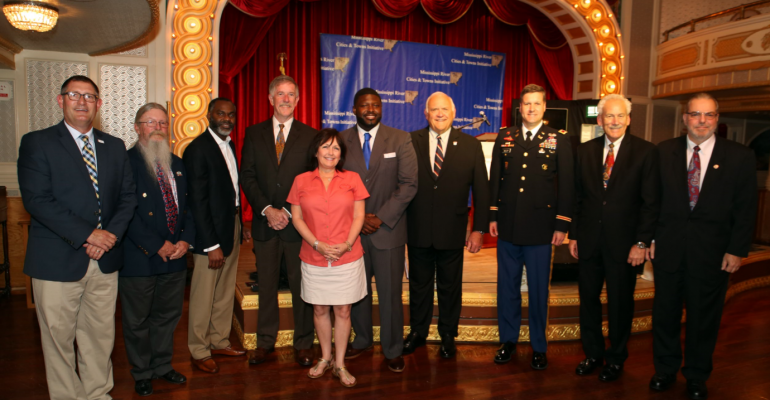 It’s the first privately carried sensor in a project with the Mississippi River Cities & Towns Initiative (MRCTI) mayors, the US Geological Survey, the US Army Corps of Engineers and the Maritime Administration to help secure and protect the river’s freshwater economy.

Toward a real-time nutrient monitoring network

In 2018, the mayors signed a historic agreement with the Geological Survey, the Corps of Engineers and the US Department of Transportation to deploy nutrient sensors on private vessels transecting the Mississippi between New Orleans and St. Paul, moving closer than ever before to a real-time nutrient monitoring network for the nation’s most important waterway.

‘We, as mayors along the Mississippi River, see nutrient loading as the greatest threat to our water security. But, in order to manage this threat, we must be able to measure it. We have to be able tell if the hundreds of millions of tax dollars going into conservation work along the river or Corps ecosystem restoration work is having an impact,’ said Mayor Frank Klipsch of Davenport, Iowa, co-chair of MRCTI.

‘The tourism industry within the Mississippi River region of Arkansas provides over 22,000 jobs and is a $2.4 billion industry,’ added West Memphis Mayor Marco McClendon. ‘But no one wants to hunt, fish, paddle or cruise in or near water full of algae due to nutrient surge. So, we need to know what is in our water to keep it clean, and that’s what the sensors we’re deploying will do.’

‘Along with our partners, we are thrilled to introduce the [US Geological Survey] mobile super gage on our flagship vessel and look forward to keeping the waters in which we travel clean for many future generations to come,’ said John Waggoner, founder and CEO, American Queen Steamboat Co.

An information kiosk has been installed aboard American Queen so passengers can learn more about the project and how the data will contribute to a better understanding of Mississippi water quality.