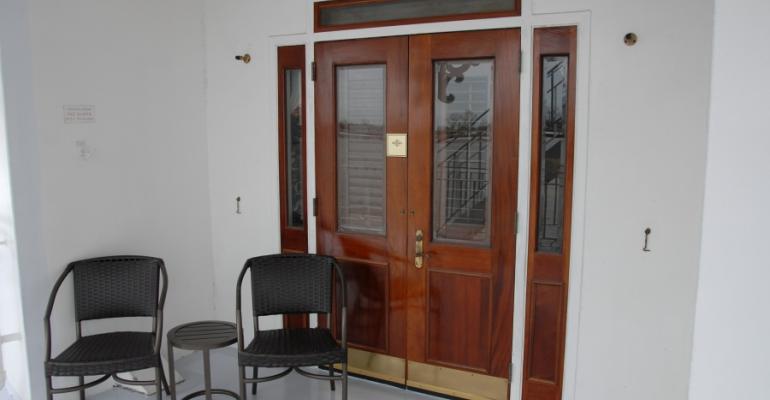 Fitted with a new paddlewheel and decked out in gleaming fresh paint and polished mahogany details, American Queen has begun its fourth season on the Mississippi River. More than $2m went into the annual layup, company president Ted Sykes told Seatrade Insider, adding this 'iconic' boat can stand up to new competitors and disclosing the sales force will soon double.

Sykes spoke by phone on Tuesday from aboard American Queen, which has just resumed service after a six-week layup at New Orleans' Boland Marine Shipyards.

The news of the day was giant Viking Cruises' plan to muscle into the US river business with a fleet of six contemporary vessels, starting in late 2017. Though details haven't been released, each boat may carry up to 400 passengers, the same occupancy as American Queen. This season American Queen Steamboat Co. also faces greater Mississippi capacity with American Cruise Lines' new paddlewheeler, the 150-passenger American Eagle, entering service alongside its 2012 sister, Queen of the Mississippi.

'We welcome the competition and any development that continues to put the spotlight on US river cruising,' Sykes said. 'We think there's a lot of room for competition and if others come, we feel like we've got the iconic vessels.'

The largest riverboat ever built, American Queen sports features like the opulent J.M. White Dining Room and a grand saloon with boxes modeled after the historic Ford's Theatre in Washington, DC.

More cruises on the Mississippi will draw attention to the fact that Americans don't have to travel overseas for a riverboat experience, Sykes said.

The $2m poured into American Queen was 'a fair amount more' than in past seasonal layups and the boat is 'in the best physical shape in years.'

The new paddlewheel, 30 feet long and weighing 34,000 pounds, was commissioned in St. Louis and trucked to New Orleans for installation. It replaced the one made of high-tensile steel that was put on last year and turned out to be too rigid, resulting in technical failures. The new, more flexible paddlewheel is of the style that had the longest lifespan in the history of the vessel, which turns 20 in June.

American Queen 'looks spectacular,' Sykes said, adding that passengers are complimenting the more elegant ambiance, and the service. The 'best of the best' crew have returned for a fourth season for the most professional team the vessel has ever fielded.

Lower Mississippi cruises continue to be popular, so the boat is spending more time there, and less on the Ohio River, the scene of last year's technical issues. American Queen will return to St. Louis for the Fourth of July then operate on the Upper Mississippi after that, followed by Nashville-Memphis and Nashville-Chattanooga cruises with Civil War and country and blues music themes.

While northern parts of the country remain in a deep freeze, azaleas are blossoming in New Orleans by late February/early March, making these early-season sailings particularly appealing. The boat has space in May, while some sailings later in the year are fully booked.

Pricing has been adjusted to provide more value outside the peak summer months. 'Our prices on average are up 4 to 5% in peak season and down 4 to 5% in off-peak or, in some cases, 10%,' Skyes said. This is helping the vessel fill. A similar pricing strategy will be introduced later for American Empress, whose season opens April 5.

Bookings rose 24% last year with the addition of American Empress, and Skyes said this year's goal is to hop up occupancy fleetwide.