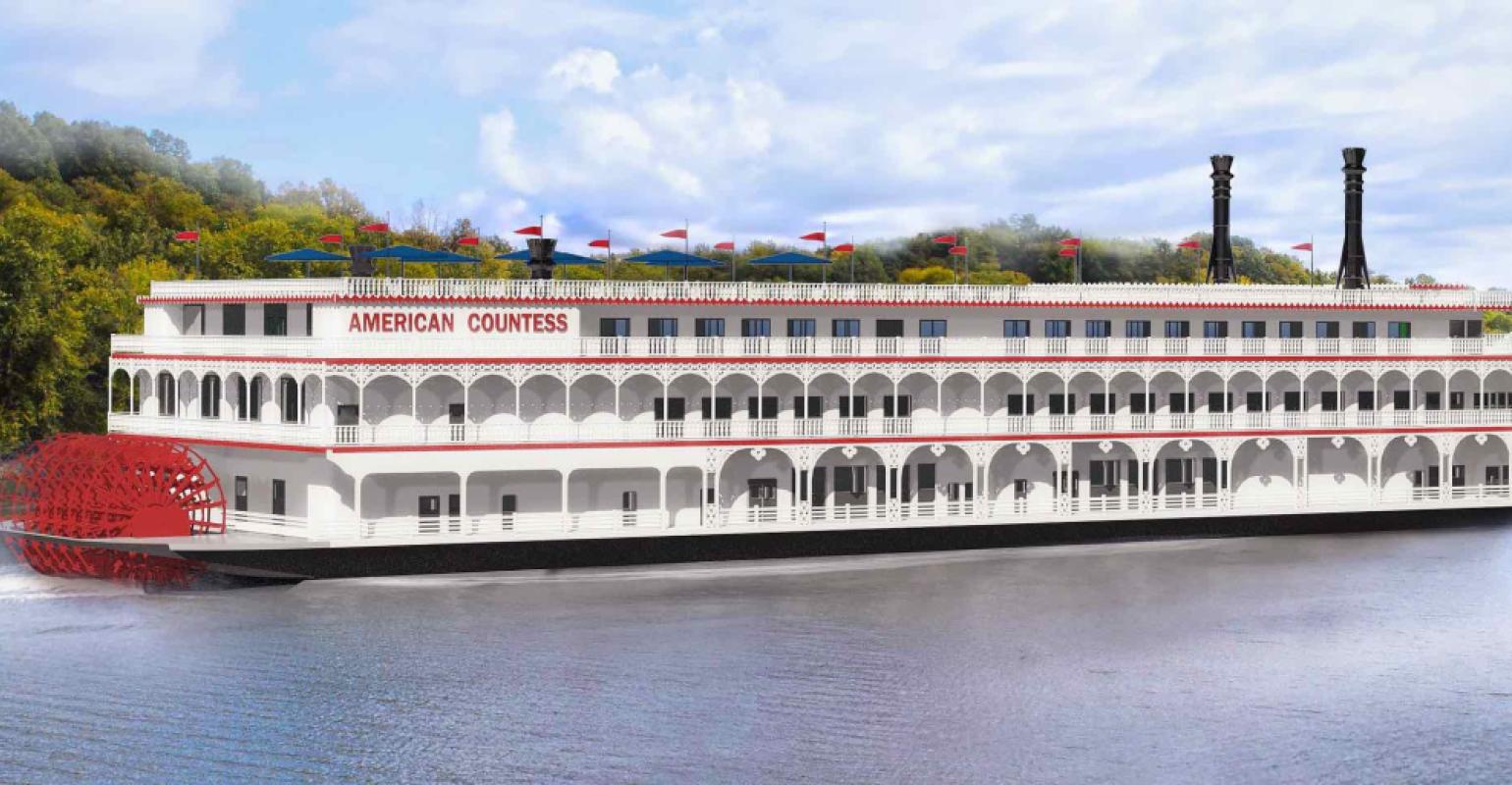 American Countess delivery date and details to be announced in coming months
American Queen Steamboat Co. reached an agreement with Gulf Island to build a 245-passenger riverboat that will become the fourth vessel in its US-flag fleet.

Hull of a former gaming vessel

The new paddlewheeler will be built using the hull of Kanesville Queen, a former gaming vessel built in 1995. The boat will soon travel under its own power from the Marine Builders shipyard in Jeffersonville, Indiana, to Houma, Louisiana, where construction is scheduled to commence in the fourth quarter.

A delivery date, along with itinerary and amenity details, will be announced in the coming months.

'We continue to break sales records and incredible demand remains for more capacity on the river with each of our boats continuing to sail full,' American Queen Steamboat Co. chairman John Waggoner said. 'We look forward to collaborating with Gulf Island’s team of skilled workers and craftsmen to deliver a riverboat that will once again exceed expectations of our guests and continue raising the bar on domestic river cruising.'

Kirk Meche, president and CEO of Gulf Island, said American Queen Steamboat Co. has 'led the market in a renaissance of domestic river cruising, and our skilled team is honored to carry on the legacy of shipbuilding in the US, building the American Countess. We look forward to constructing this magnificent vessel and fulfilling John's vision by providing the best in marine manufacturing and construction,' Meche added.

Nearly 150 skilled labors are expected to be employed for the project.