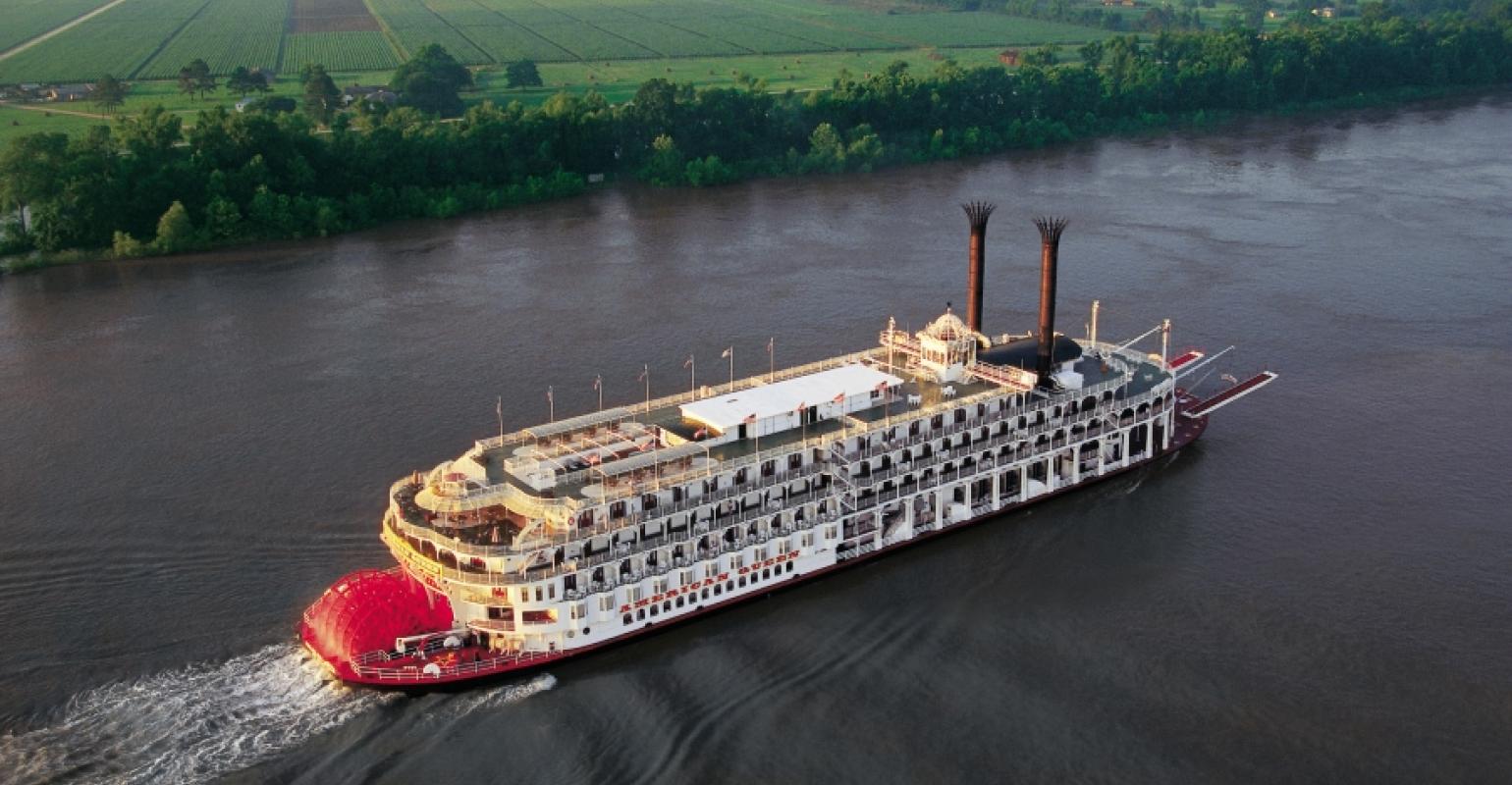 American Queen paddles through the heartland

The American Queen Steamboat Co.'s new 2015 brochure showcases shore excursions, on-board entertainment and themed voyages aboard the American Queen and the recently inaugurated American Empress of the Pacific Northwest. Passengers who book early can save up to $600 per stateroom on 2015 voyages.

The company will expand its selection of premium shore excursions (those additional to the included hop-on, hop-off tours) in 2015 along with post-voyage city stays for travelers who want to experience more time in places like Memphis, New Orleans, Nashville, Portland (Ore.) and Spokane (Wash.).

The brochure features new photography from the American Empress inaugural season. The 223-passenger riverboat's itineraries include highlights along the Columbia and Snake rivers such as Multnomah Falls, Mount St. Helens and the Walla Walla Wine Trail. Thirty-two departures of a nine-day program are offered.

American Queen's Ohio, Tennessee and Cumberland river cruises, featuring six itineraries in 2015, include historic ports like Cincinnati, St. Louis, Nashville and Paducah, Ky. In Nashville, the line's newest destination, passengers will get to visit the Grand Ole Opry, Country Music Hall of Fame and have an exclusive tour of President Andrew Jackson's home.

Featuring 12 Upper Mississippi voyages, the American Queen will continue to call at ports like Mark Twain's hometown of Hannibal, Mo., and Red Wing, Minn., as the paddlewheeler sails between St. Louis and St. Paul.

A variety of theme cruises characterize the Lower Mississippi itineraries. Among them are Southern culture, gardens of the river and old-fashioned holidays.

Fares for the American Queen begin at $1,599 per person, double occupancy, and $3,795 for American Empress. All journeys include a one-night pre-voyage hotel stay, shore tours in all ports, complimentary wine and beer with dinner and other amenities.

The 68-page brochure may be ordered at www.AQSC.com.