American Song brings modern look to the US rivers 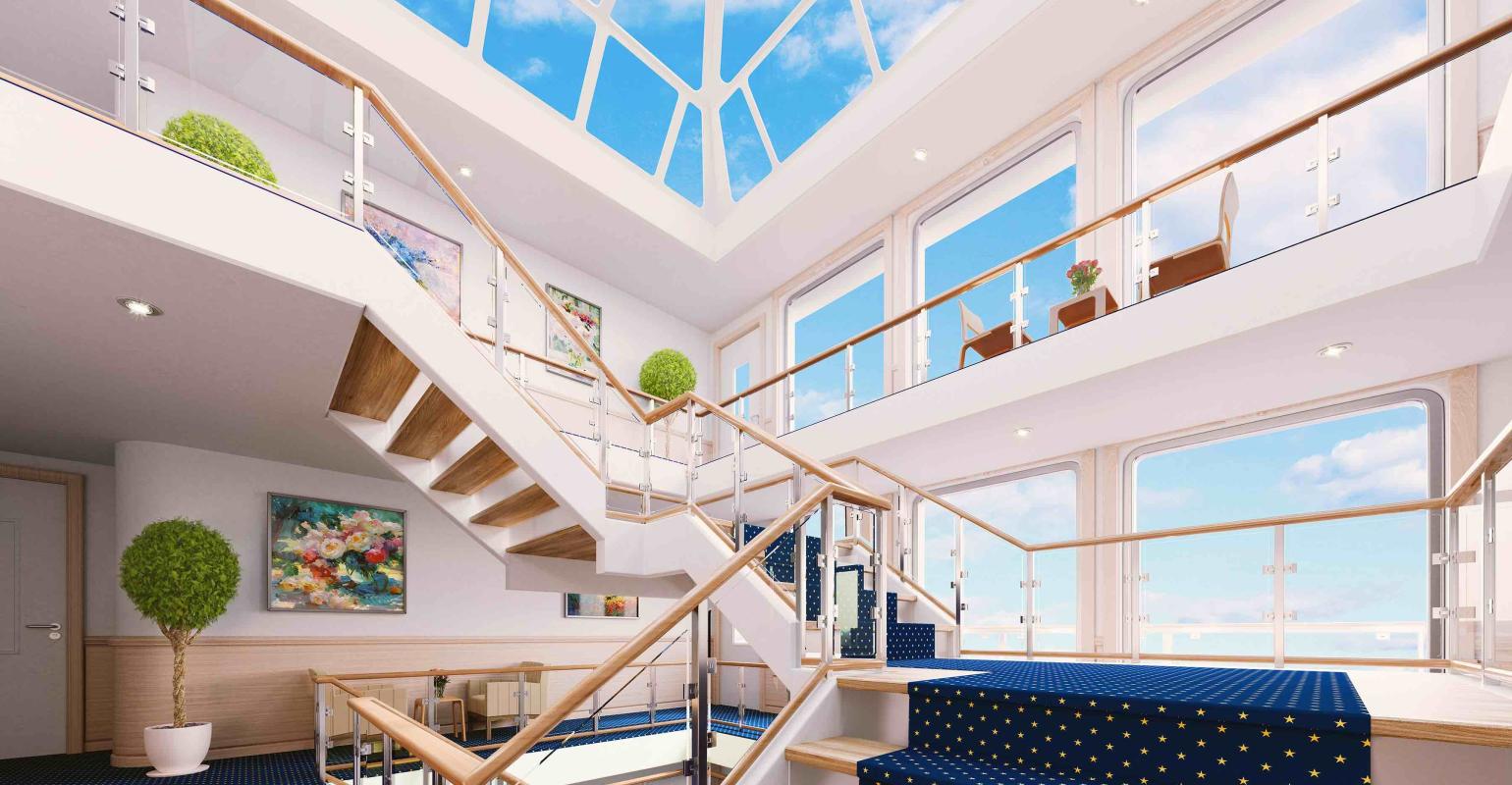 Two four-story atriums are among the design features
American Cruise Lines' said American Song—the first vessel in its modern riverboat series—brings a 'new dimension to river cruising in the US.'

The 190-passenger boat doesn't have a paddlewheel or Victorian flourishes. It features a modern look with a pair of four-story atriums, six lounges, a library/chart room and a grand dining room.

The 102 staterooms are spacious, with full-sized bathrooms and private balconies. Some rooms are for solo travelers.

Other features include a putting green and bocce and croquet areas on the top deck. There's no pool or spa, though, because the company's older demographic doesn't have much interest in those.

An elevator serves all levels of the boat.

American Song is 60 feet wide and 345 feet long, and the company said it's faster and quieter than other river vessels. Veth of the Netherlands is supplying the propulsion system, with its 360-degree azimuthing forward and aft propellers.

'While other companies are repurposing old casino boats, American Cruise Lines contracts only for brand-new ships to maintain its reputation for premium quality and consistency,' the company said in a release.

Under construction at Chesapeake Shipbuilding in Salisbury, Maryland, American Song is scheduled to begin service on the Mississippi River in fall 2018. It will redeploy to the Pacific Northwest in 2019 for sailings on the Columbia and Snake rivers.

The boat will bring American Cruise Lines' fleet to 10, including small coastal ships and paddlewheelers, operating more than 35 itineraries.

Five of the modern-style riverboats are planned.