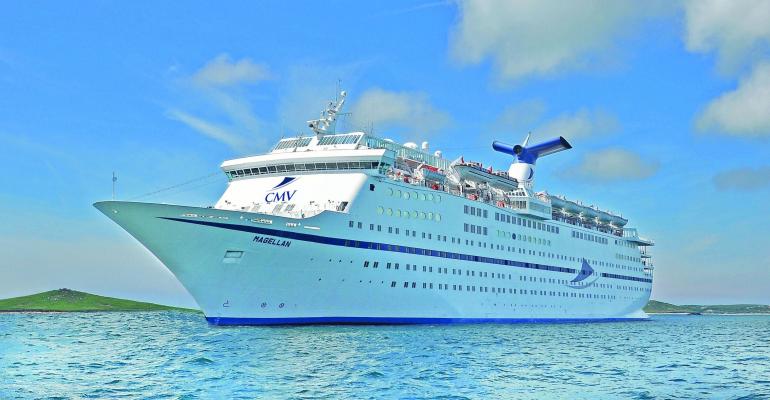 Seven calls by Magellan, pictured, and 30 calls by Columbus are impacted

Cruise & Maritime Voyages canceled the vast majority of its calls to Amsterdam in summer 2019 and 2020, following the recent announcement by the City Council of Amsterdam to levy a new €8 head tax on ocean cruise tourists starting this January.

CMV becomes the second line to drop Amsterdam, following MSC Cruises, on account of the tax. MSC is also switching to Rotterdam.

In total 30 Columbus calls and seven Magellan calls will shift to Rotterdam, affecting more than 50,000 passengers, most on transit calls.

'Stringent cost controls and long-term planning are key components in achieving the required CMV pricing model. The aggregate lead booking time for our passengers is just under a year from sail date with 80% of capacity already sold for 2019. The late introduction of these new and un-phased charges are therefore not budgeted and simply cannot be absorbed,' CMV CEO Christian Verhounig said.

'The local politicians have failed to acknowledge or understand that the cruise industry plans their budgets two to three years ahead and have been unwilling to look into a proper implementation schedule,' he continued. 'Fortunately, we have mobile assets and when forced by short-term political objectives, can change our programming. We are very pleased to have strong partnerships and productive dialogues in place around the world so that issues such as this do not occur elsewhere.'

CMV has been a customer of Amsterdam since commencing operations in 2010 and brought many thousands of cruise tourists to the city.

Chris Coates, CMV’s group commercial director, noted that 'cooperation and service offered by the Port of Amsterdam and the Passenger Terminal Amsterdam over the past decade has been outstanding. It is therefore particularly disappointing for CMV to be significantly scaling down operations.'

Coates said a three-year deal has been concluded with Cruise Port Rotterdam.

'We are extremely pleased with the support and cooperation received and look forward to forging a long-term and mutually beneficial business partnership with Cruise Port Rotterdam and bringing many thousands of passengers to this attractive and dynamic waterfront city,' he said.