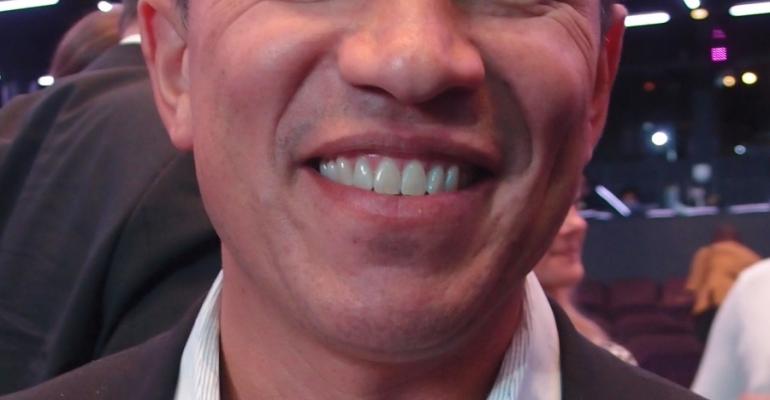 This follows the resignation of Drew Madsen, who just started in October.

One of cruising's most prominent executives, Stuart has been with Norwegian since 1988 and has held a number of leadership positions, most recently as evp sales.

'Given the recent restructuring of the role and job responsibilities, Drew has decided to step down. We thank him for his contributions and wish him well,' Del Rio said. He added: 'As we continue to build the newly merged organization, we are tapping into the tremendous company and industry knowledge that Andy has, along with the strong relationships he has built with our travel partners.'

Madsen had been hired by previous NCLH president and ceo Kevin Sheehan, and was seen as a somewhat controversial pick by Wall Street. Madsen had led giant Darden Restaurants for a number of years.

Del Rio praised Stuart as 'very well known and respected by our guests, travel partners, officers, crew and team members,' adding: 'I am extremely confident that he is the perfect leader for the next phase of Norwegian's growth.'

Stuart has been instrumental in building the Norwegian brand, particularly in the roll out and marketing of its signature Freestyle Cruising. He also greatly strengthened relationships with agents by introducing Partners First, the company's corporate philosophy of always putting its travel partners first.

In 27 years with NCL, Stuart has led global sales, passenger services, revenue management, marketing and public relations. He also served as chief product officer. He began in sales in the UK.

'Having seen Norwegian Cruise Line grow significantly during the course of my career, I am thrilled and proud to lead this incredible company as we continue to enhance and build the brand,' Stuart said, adding that 'the future is extremely bright.'

This move is in line with Del Rio's management philosophy of maintaining a flatter, leaner organizational structure by merging sales, marketing and operating responsibilities for the Norwegian brand into one role, reporting directly to him, Wells Fargo Securities said in a note.

'We believe the announcement should also bode well in investors' minds given many had initially questioned the hiring of Drew Madsen by former ceo Kevin Sheehan in light of Mr. Madsen's Darden background,' Wells Fargo analyst Tim Conder said.

In Conder's view, Del Rio is solidifying his eight direct reports with capable experience to deliver on his new strategic vision for NCLH.