Another waterslide tower at CocoCay? 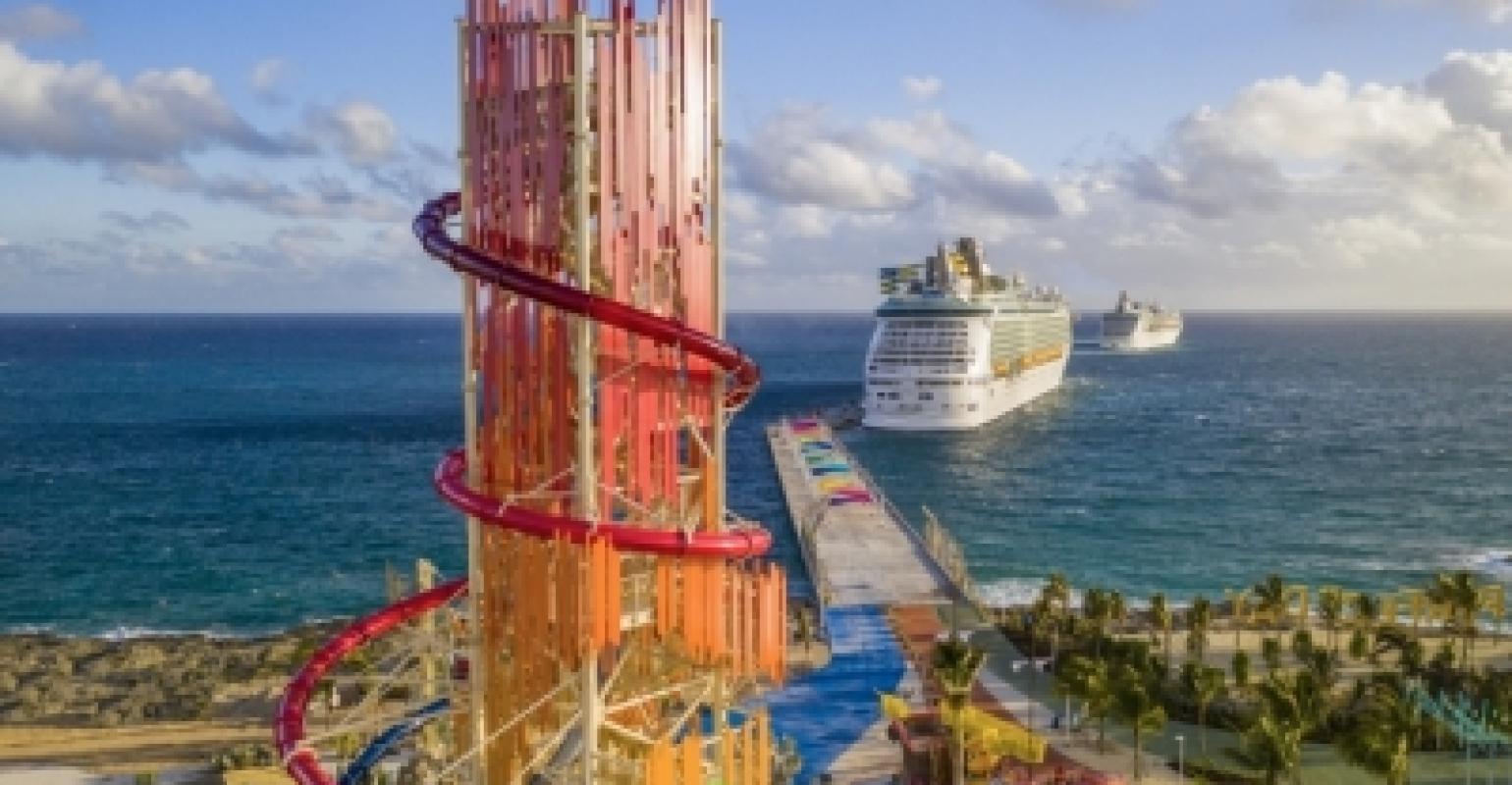 The iconic Daredevil’s Tower offers seven single-rider waterslides of various heights, including the 135-foot-tall Daredevil’s Peak, the tallest waterslide in North America PHOTO: Royal Caribbean
A second waterslide tower is planned for Perfect Day at CocoCay, according to a research note by Wells Fargo Securities.

A Royal Caribbean spokesman said the company had no comment on specific expansion plans at CocoCay.

The research note followed an analyst meeting Nov. 1-4 aboard the renovated Navigator of the Seas that stopped at CocoCay.

During that meeting, Royal Caribbean management reconfirmed higher ticket per diems for itineraries touching CocoCay and on-island revenue together are tracking to a 2.5-year payback on investment, Wells Fargo analyst Tim Conder said. This is much faster than expected.