Anthem adventures—live and interactive via VOOM and Periscope 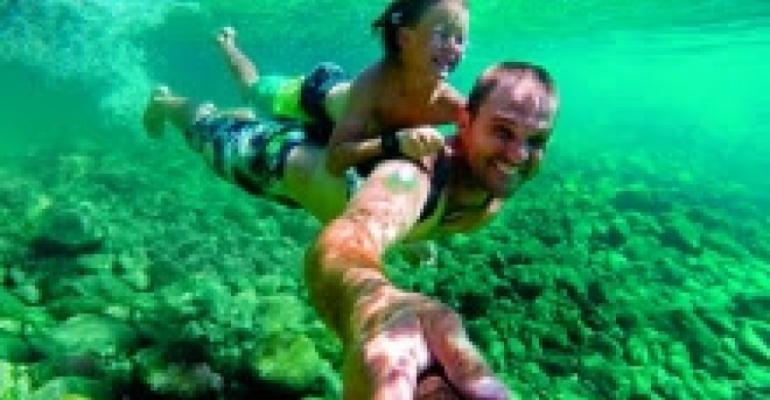 Live from 25 stories above a St. Kitts rainforest or a natural waterslide in Puerto Rico, Royal Caribbean International is bringing an interactive experience to adventure-seekers starting today with the launch of 'Come Seek Live,' harnessing the social media app Periscope.

Running through Periscope and showcased on billboards in New York City, this latest activation of the brand’s new 'Come Seek' campaign enables viewers to interact in real time with adventurers aboard Anthem of the Seas as it sails the Caribbean.

The ship and destinations come to life via Periscope. Followers from around the world will get the opportunity to experience the adventures of 'seekers' via live-streaming of 13 broadcasts from five islands over seven days, beginning Nov. 13.

Streaming events will start at the Las Playas natural water slide in Puerto Rico and adventure-hop from playing with green monkeys at the Wildlife Reserve in Barbados to riding ATVs in St. Maarten or relaxing with a post-expedition refreshment made by a robot at Anthem’s Bionic Bar. Periscope followers will be able to direct the adventurers' next steps with the unfolding story showing followers what they could be doing at that moment aboard a Royal Caribbean adventure.

"'Come Seek Live" is an exciting way for Royal Caribbean to challenge the misperceptions travelers have about the cruise industry,' said Jim Berra, svp and chief marketing officer, Royal Caribbean International. He added it's natural to use Periscope to transform marketing since Royal Caribbean recognizes that 'millennials require us to communicate with them using new channels.'

To join in, viewers can follow Royal Caribbean on Periscope at www.Periscope.TV/RoyalCaribbean, watch for #COMESEEKLIVE or follow participating influencers including entrepreneurial action heroes High On Life and Periscope wizard Dan Moore.