HomeNewsAnthem of the Seas arrives in the UK
Recent
News
Recent News
Valiant Lady is sailing three routes from Barcelona
May 26, 2022
Azamara Journey caps Azamara fleet's return to cruise service
May 26, 2022
Positives and challenges for the Mediterranean cruise market
May 25, 2022
Photon Marine offers high-powered electric motors for commercial boats
May 25, 2022

Anthem of the Seas arrives in the UK 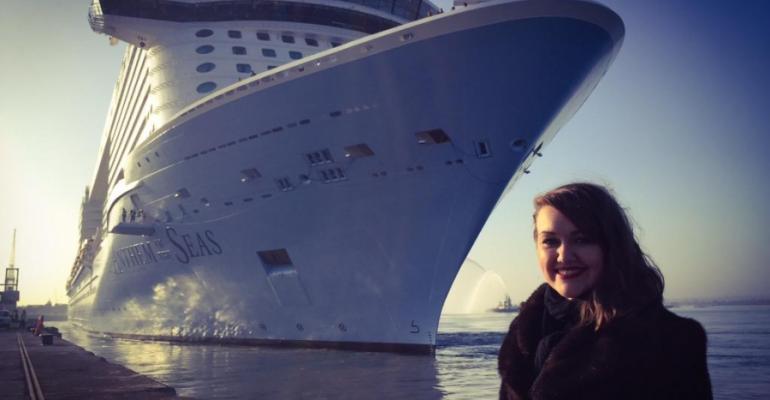 Anthem of the Seas greeted in Southampton by godmother Emma Wilby

Royal Caribbean International’s Anthem of the Seas arrived Wednesday morning in Southampton, its homeport for the summer season before the ship repositions to its permanent New York Harbour base, Bayonne, New Jersey's Cape Liberty, in November.

The 18-deck vessel with capacity for 4,905 passengers sailed up the Solent early morning and docked at Southampton port.

Greeting the vessel was its godmother, 27-year-old travel agent Emma Wilby, chosen for the honour after a months-long nationwide competition to find a young, talented star from within the travel industry.

Anthem of the Seas is the second of Royal Caribbean's Quantum-class ships.

'Ships like Anthem of the Seas will help attract new groups of people and build the future of cruising,' said Stuart Leven, managing director at Royal Caribbean International. 'The UK and Ireland is our second largest market and with over 1.7m Brits now taking a cruise every year it has huge importance for our business. So we’re over the moon that our latest Quantum-class ship is arriving today for the summer season.’

Royal Caribbean's Dominic Paul, svp International, added: ‘We’re growing our capacity and expanding all over the world, with two new ships launched in the last six months and three on order. Anthem of the Seas will move cruising into a new era of growth.’

More than 80,000 people are anticipated to travel on the ship during the summer season, delivering around £50m to the Southampton economy and surrounding area.