Anthem of the Seas cruise cut short after storm 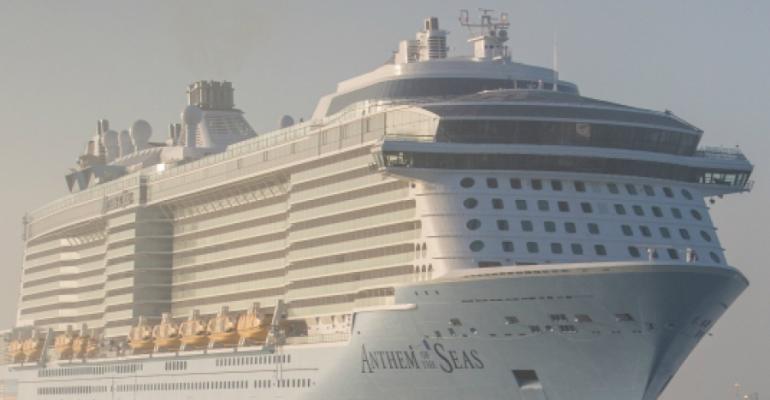 Feb. 8 a.m. update: Royal Caribbean announced Anthem of the Seas is returning to her homeport of Cape Liberty, New Jersey, 'out of concern for guests' comfort due to the weather forecast in the area.' The rest of the cruise is canceled.

A company statement said the decision was made 'due to weather forecasted for the next few days that is likely to impact the ship’s original itinerary. We are also sensitive to the fact that our guests have already been through an uncomfortable ride. Returning to Cape Liberty minimizes the risks of further bad weather affecting our guests’ voyage; we are optimistic that they will have a smooth sail home.'

Passengers are getting a full refund and a future cruise certificate worth 50% of the fare paid.

The ship was caught in a severe winter storm over the weekend that reportedly had waves of over 30 feet and hurricane-force winds.

Four injuries were reported, none severe, and damage was sustained in the public areas and staterooms but the ship remained seasworthy, the company said.

Anthem of the Seas departed Cape Liberty Saturday on a seven-day Bahamas cruise with 4,529 passengers. The ship encountered stormy conditions Sunday afternoon sailing off the coast of South Carolina.

In a blog post Royal Caribbean spokeswoman Cynthia Martinez said the ship experienced 'extreme wind and sea conditions, with wind speeds higher than what was forecasted. As a caution, the ship's master asked all guests to stay in their staterooms until the weather improved.'