Anthem of the Seas is floated out at Meyer Werft 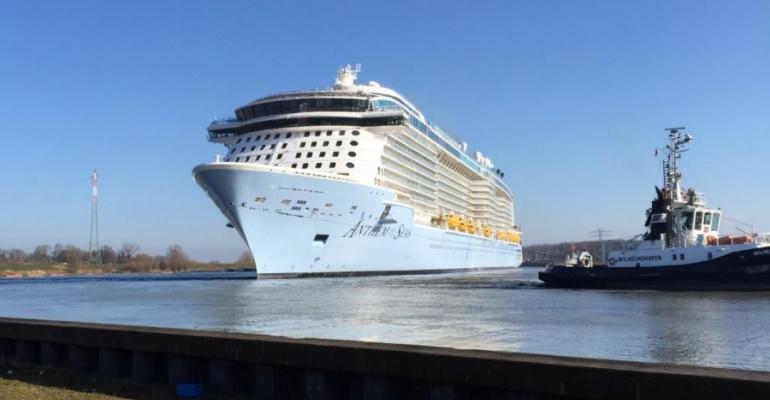 Anthem of the Seas in Papenburg harbor

Royal Caribbean International's Anthem of the Seas was floated out of the covered building dock II at Meyer Werft in Papenburg on Saturday.

With the ship now moored at the outfitting pier, its funnel was to be installed with the help of two cranes and Anthem's first systems tests, of the thrusters and stabilizers, were scheduled to take place in Papenburg harbor.

The North Star viewing pod was also to be installed.

Interior outfitting will continue, along with additional tests and trials in Papenburg, before the Ems River conveyance to the North Sea, scheduled for mid-March.