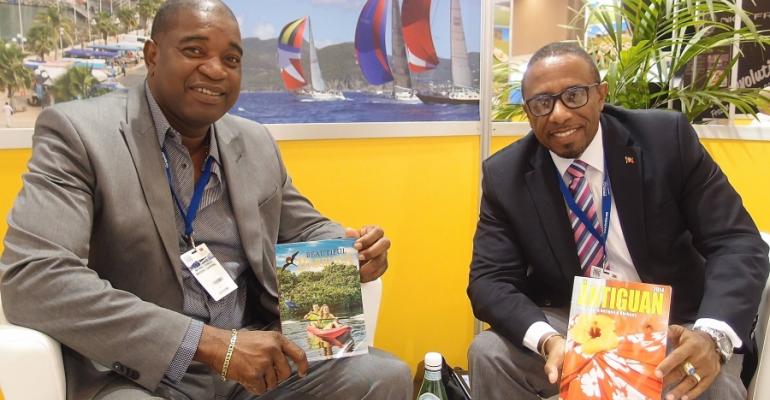 This would put Antigua 'in the forefront of the cruise industry in the Caribbean and keep pace with growth,' according to Colin James, ceo of the Antigua & Barbuda Tourism Authority.

'It should revolutionize St. John's,' added Nathan Dundas, manager of Brysons Shipping and chair of the Antigua & Barbuda Cruise Tourism Association. He said the port improvements would be funded via Chinese construction loans to the government of Antigua & Barbuda, similar to the new airport terminal project.

The work envisions dredging, a new cruise pier, improved connectivity—possibly a tram line, a new shopping center and a small hotel. Plans are in development, and a construction timeline of 36 months is envisioned.

Royal Princess will make its maiden visit Oct. 30 and Princess Cruises tripled its calls, up from only four last season. Disney Magic will return for seven calls following a decade's absence. Oceania Cruises' Insignia will make its first visit and European operators are increasing, led by Costa with 45 calls. Royal Caribbean remains the largest North American line with more than 70 calls.

James said the destination is offering more tours and several have been among cruise lines' highest rated excursions. 'We are constantly working with the cruise lines to improve product offerings,' he said. 'Antigua has a very strong appeal and we want to be sure expectations are met.'

James added that Barbuda is gaining calls, with about a dozen planned by smaller ships that tender passengers in for a relaxed beach barbecue day.

Some lines visit both Antigua and Barbuda, taking advantage of a 'two islands for the price of one' incentive. Ships that stop at Antigua can visit Barbuda the second day at no charge.

Dundas and James participated in the Caribbean Village exhibition at Seatrade Med in September, where they met with cruise line planners.