Applause for the godmothers (five ships, between two women) 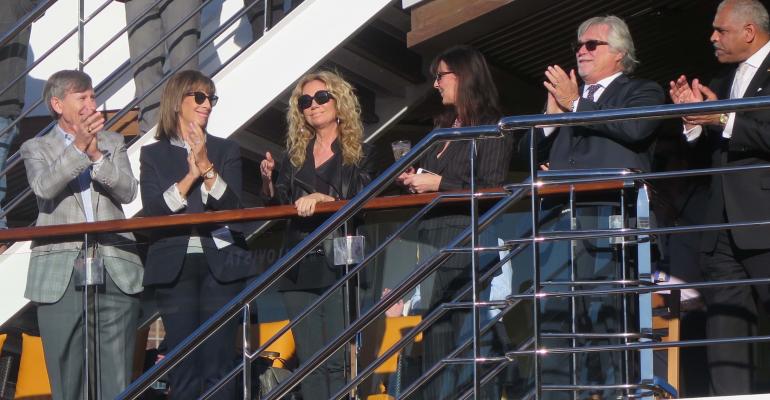 Between them, Madeleine Arison and Kathie Lee Gifford are the godmothers of five cruise ships—or six, counting the renaming of one of the vessels.

Arison and Gifford hung out during the naming festivities for Carnival Vista in New York on Friday, where Gifford got lots of attention from attendees and was acknowledged by Carnival president Christine Duffy.

Gifford was Carnival Cruise Line's original spokesperson and the face of the brand for many years, appearing in the cruise industry's first national television campaign singing the the catchy 'If You Could See Me Now' and 'Ain’t We Got Fun?' ads.

Gifford's GIFF Wine Collection has been featured on Carnival Cruise Line ships since 2015.