AQSC's new paddlewheeler has a modern look and lots of space 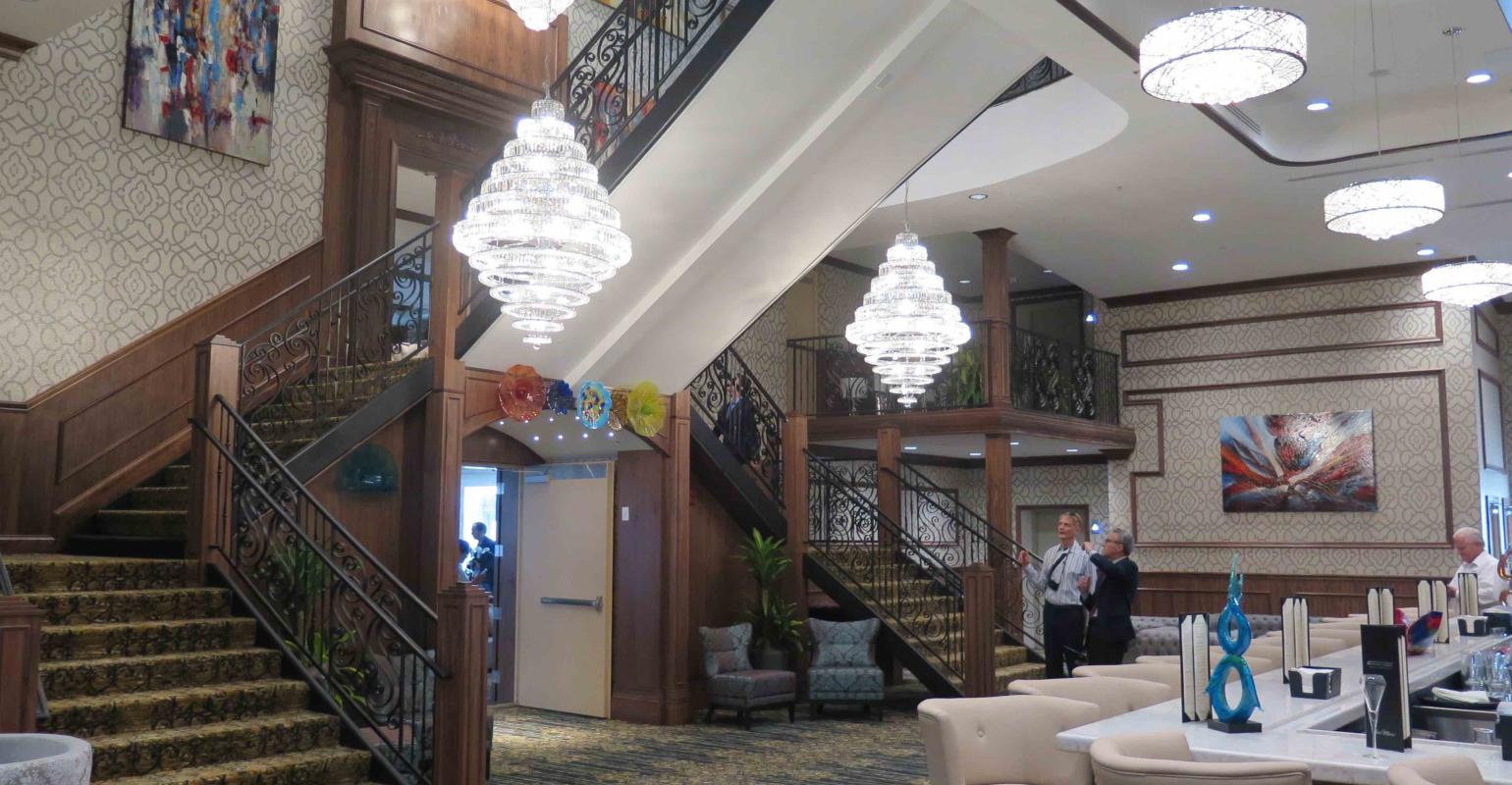 American Duchess also has a contemporary design, setting it apart from the historic American Queen in the heartland and American Empress in the Pacific Northwest, both big draws for riverboat buffs.

AQSC chairman John Waggoner said the new boat's modern decor is expected to get the attention of a slightly younger audience. 'This is another arrow in our quiver,' as he put it. 'We're able to offer our guests a menu of products.'

It's the first AQSC boat built essentially from scratch, in the bones of a former casino boat that was gutted and stripped to the steel with a third deck built on. There are elevators on both sides of the 100-foot-wide vessel.

Decorative elements include glass pieces from Murano, Austrian crystal chandeliers, riverboat paintings by Michael Blaser and carpets designed by David Kelly, AQSC's vp new construction, who planned the vessel's interior. For the grand lobby, he told Seatrade Cruise News he was inspired by the staircase in 'Dynasty.'

Kelly also ensured behind-the-scenes operational features like a very large galley, to benefit the sophisticated, multi-course menus, and storerooms on the same level. Also new to AQSC is the bakery in the galley.

American Duchess carries just 166 passengers in all-suite accommodations, and there's room enough for everyone to dine in a single open seating and to sit together in the show lounge for a nightly performance.

On Sunday in New Orleans workers were still putting finishing touches on the four 550-square-foot loft suites. With a seating area downstairs and a sleeping area above, these are a new type of accommodations on the US rivers.

A working paddlewheel was added at the cost of $2m so American Duchess has an 'abundance of power,' noted Ted Sykes, AQSC president and chief operating officer. Besides the wheel, the vessel has three Z-drives and two bow thrusters.

During river and sea trials in the Gulf of Mexico, 'All the pilots said: Hey, this is a little sports car,' Waggoner quipped.

With plenty of electricity available, all accommodations have refrigerators, Keurig coffee makers and, very unusual, irons and ironing boards.

According to Sykes, American Duchess is commanding a premium of 7% to 10% over the fares for AQSC's much larger American Queen, which also sails in the heartland.

'We are a company that's only challenged by capacity,' Waggoner said. 'You can't book on this boat, American Queen or American Empress until November.'

That's why, as earlier reported, AQSC has a fourth boat waiting in the wings to be rebuilt, and even designs on the drawing board for possible newbuilds: 250-passenger, exploration-oriented vessels.