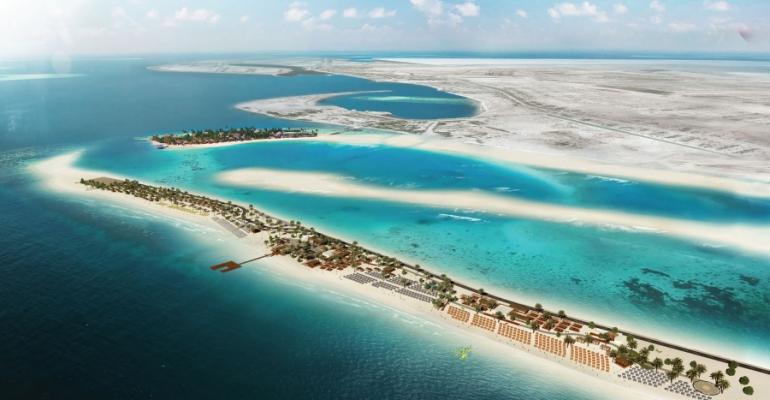 Al Shamisi is equally bullish about the future given that Sir Bani Yas Island, the Arabian Gulf’s first integrated beach resort and wildlife reserve, has welcomed its first cruise ships.

Situated 91nm southwest of Abu Dhabi, the eco-tourism stopover crucially allows ADP to differentiate itself from regional rivals to cruise line operators eyeing entry into the growing Middle East market or the expansion of existing schedules.

As earlier reported, MSC Cruises' MSC Fantasia will begin calling in December, 2016 and already 39 cruise ships, with an expected 65,000 passengers, are confirmed to visit Bani Yas next season. They follow in the historic wake of the 114-passenger Island Sky (Noble Caledonia) which made the maiden cruise call to the island last November, followed shortly afterwards by the 450-passenger capacity Seabourn Sojourn.

Bani Yas is the venue for the Seatrade Middle East Cruise Forum taking place on December 14-15, 2016.

'We are working closely with our strategic partners to reinforce Abu Dhabi’s position as a major global destination and attract international cruise ships to not only call at Abu Dhabi as part of their itinerary, but also to choose the emirate as their starting point for regional cruises by making it their homeport,' Al Shamisi said.

MSC Cruises and AIDA Cruises were the first cruise line operators to choose Abu Dhabi and Zayed Port’s new permanent terminal as their homeport for the 2015/2016 season. Nearly 18% of the total passenger footfall during the 2015-16 season arrived on homeporting vessels, a significant increase on previous years and a healthy boost to Abu Dhabi’s tourism and cultural sectors overall.

The new terminal has lured newcomers, not least by incorporating integrated technology such as airport check-in counters including a dedicated area for Abu Dhabi’s national airline Etihad Airways. It also features a taste of the emirate’s heritage by incorporating national icons such as the UAE’s traditional sailing dhow and its national tree, the Ghaf, into its architectural design.