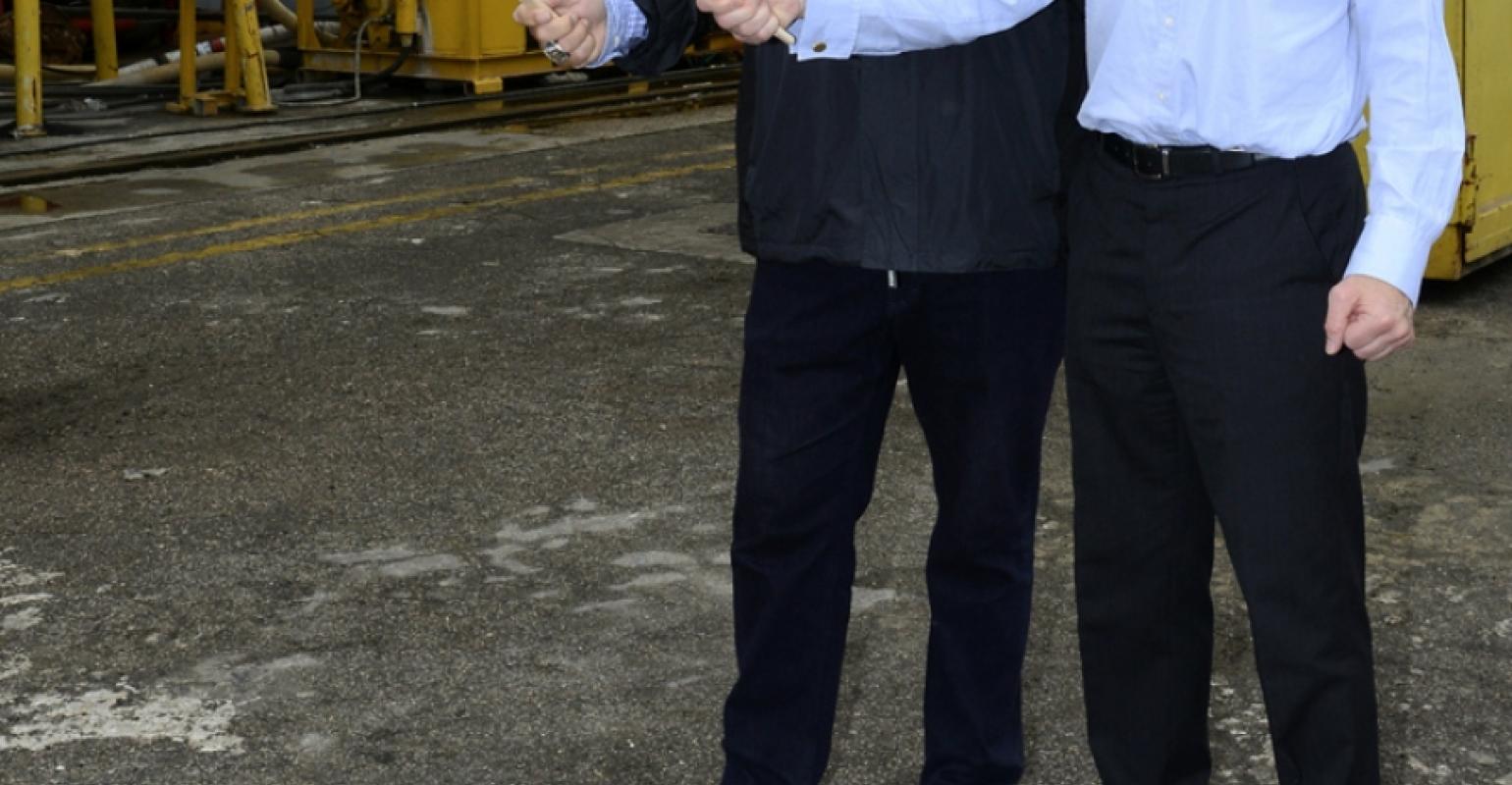 Carnival Corp & plc chairman Micky Arison and Carnival UK ceo David Dingle visited Fincantieri shipyard in Monfalcone, Italy yesterday to see an update on the construction of P&O Cruises’ newbuild Britannia, which will be the largest ship for the British market when it launches in March 2015.

The two execs toured the ship and looked at the progress of the painting of the name and discussed the new 94mtr long Union Flag livery which will be done towards the end of this month.

Formula 1 BBC presenter Suzi Perry will start Britannia's engines for the first time next Monday with Captain Paul Brown. Britannia’s four engines will generate 62.4 megawatts which is equivalent to the power generated by 168 supercars.