Arison opens up about Costa Concordia, says ship is a total loss 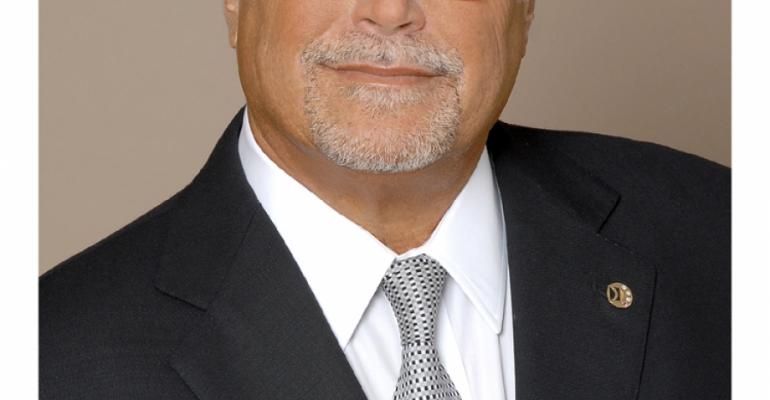 Arison - 'You never imagine something like this could happen'

Costa Concordia will not sail again for Carnival Corp. & plc, Micky Arison told Seatrade Insider on Friday in one of his first interviews after the deadly wreck. He also described the ‘terrible feeling’ of first hearing about the accident, underscored the staying power of the Costa brand and praised the crew for evacuating more than 4,000 people.

Arison said the cost of repairing Concordia would be greater than the value of the ship, which will become the property of the underwriters who’ll decide whether to sell or scrap it.

He also explained why he didn’t go to Giglio after the accident: he felt it was most appropriate to stay in Miami and oversee all the company’s brands and let Costa chief Pier Luigi Foschi be the focus in Italy. Carnival vice chairman Howard Frank went to the country multiple times and met with victims’ families.

Frank could visit ‘in a more low-key way,’ Arison said, ‘whereas my going would be more disruptive.’

The Carnival chief has not been to Giglio; he has not left Miami since the accident.

Arison was in St. Bart’s the night of Jan. 13, where he first learned something might be wrong with a Costa ship from a tweet he read. He contacted Foschi, who was also on a Caribbean cruise and had just been notified of a possibly serious issue in Giglio.

‘It’s a terrible feeling,’ Arison said, describing his reaction to the news.

Apart from Foschi, the ceos of all Carnival companies rushed to Miami for a meeting the Monday morning after the Friday night accident. Arison said he benefited from their counsel, and the idea emerged at the meeting for a company-wide operational safety review that was formally announced two days later.

‘It’s a key element of where we go from here,’ Arison said, though safety, he added, has not been top of mind with consumers polled by all the Carnival brands across various national markets since the Concordia incident.

‘Especially those who’ve cruised know the facts: that cruising is safer than most any form of transportation,’ Arison said. ‘The No. 1 reason across the board why people haven’t cruised or booked a cruise in the last weeks is not safety but the expectation that prices will be getting lower.’

He thinks there’s little reason to believe that’s going to happen: Carnival now projects net yields will be no worse than flat and may be up slightly during 2012. No wholesale discounting is likely. As Arison told analysts during today’s earnings call: ‘We hope people will come off the fence and book their vacations.’

Also on the call, the Carnival chief quashed the notion that Carnival Cruise Lines is the most impacted by Concordia because it carries the most first-time cruisers—who might be put off by the accident not having experienced a seagoing vacation.

‘In reality, [the Carnival brand has] been the least impacted. Business is up year over year and they’re our best performing brand now,’ Arison said.

He also defended the importance and staying power of the Costa brand, despite rumors of its demise: ‘In Italy, Argentina and Brazil, the awareness [of Costa] is the same as Coca-Cola, and Costa has a huge base of past customers as well, so all that helps.’

Surveys in Italy indicate consumers continue to view Costa as ‘a great vacation option and a value.’ Once people get beyond the Concordia accident, ‘There’s no question Costa is going to come back, and come back stronger than ever,’ Arison said.

It may take a year or two for bookings to normalize, particularly in Italy and Germany, the hardest hit markets, but Arison thinks—based on both surveys and his gut—the recovery will come sooner.

Yet ‘it will take selling the product.’ Costa suspended all marketing and is now weighing when and where to restart. Costa’s US website just began operating again, though the Italy site remains frozen.

As for Concordia itself, Arison said proposals for removing the wreck that estimate a 10- to 12-month process are ‘disappointing.’ Though it’s too early to know for sure, it’s unlikely the ship will be cut up extensively, since that could pose a higher environmental risk.

The Carnival chief opened the earnings call with an expression of sadness about Concordia, and appreciation for the efforts of the Italian authorities, the people of Giglio and the crew.

Speaking afterward to Seatrade Insider, he cited the pride of Costa employees who have been working 20-hour days to do what they could for the victims. Efforts to boost morale among the crew include messages to the ships that ‘we support them.’

It has been ‘an overwhelming event for us emotionally,’ Arison said.

Along with the misperception that the Costa brand might go away, the Carnival chief also thinks the Concordia crew got undue criticism. They deserve credit for evacuating more than 4,000 souls, Arison said, adding that most, if not all, behaved appropriately during the emergency.

‘You don’t evacuate 4,000 people safely without a lot of crew members acting heroically,’ he added.