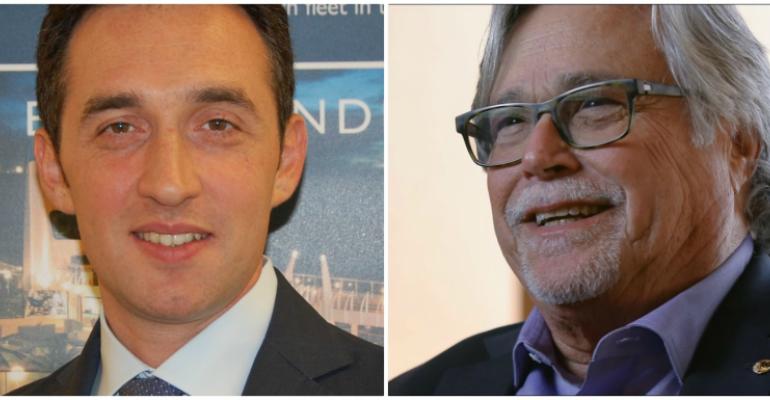 The appointments are effective Jan. 1.

Arison has served for a dozen years previously

Arison, chairman of Carnival Corp. & plc, is one of the FCCA's Executive Committee founding members and has served as FCCA chairman for a total of 12 years in the past.

His latest tenure as FCCA chairman, from 2015-2017, was shorter than his prior decade-long term, but in that brief span Arison helped the FCCA Platinum program flourish by adding new benefits and expanding its membership 50%. He also helped develop the partnership between the FCCA and Cruise Lines International Association, which saw the rebranding of the FCCA’s quarterly magazine, Travel & Cruise, to become the cruise industry's official publication.

Goldstein, vice chairman of Royal Caribbean Cruises Ltd., expressed pride in the cruise industry’s strengthened relationships with destinations and stakeholders in the Caribbean and Latin America during his term as FCCA chairman.

This outreach has become increasingly important, he said, with the region facing challenges and opportunities in today’s highly competitive and globalized environment.

Under Goldstein’s direction, the association engaged in initiatives including the multifaceted, award-winning 'Caribbean Is Open/Caribbean for Everyone' advertising campaign following last year’s devastating hurricanes, along with providing life-sustaining supplies, such as sleeping pods and semi-permanent structures, and coordinating many of the relief efforts among the affected destinations and member lines. He also led the restructuring of the FCCA Cruise Conference & Trade Show, with the association taking full control of operations and striking a landmark deal with Puerto Rico Tourism Co. to host the event from 2018-2021.

As well, new features to FCCA programs and events were added, from expanding regional stakeholders’ reach to Europe and around the world, to more involvement by member line presidents and above at exclusive Platinum Member functions and various ventures to advance the core mission of developing mutual understanding and success with destinations and stakeholders in the Caribbean and Latin America.