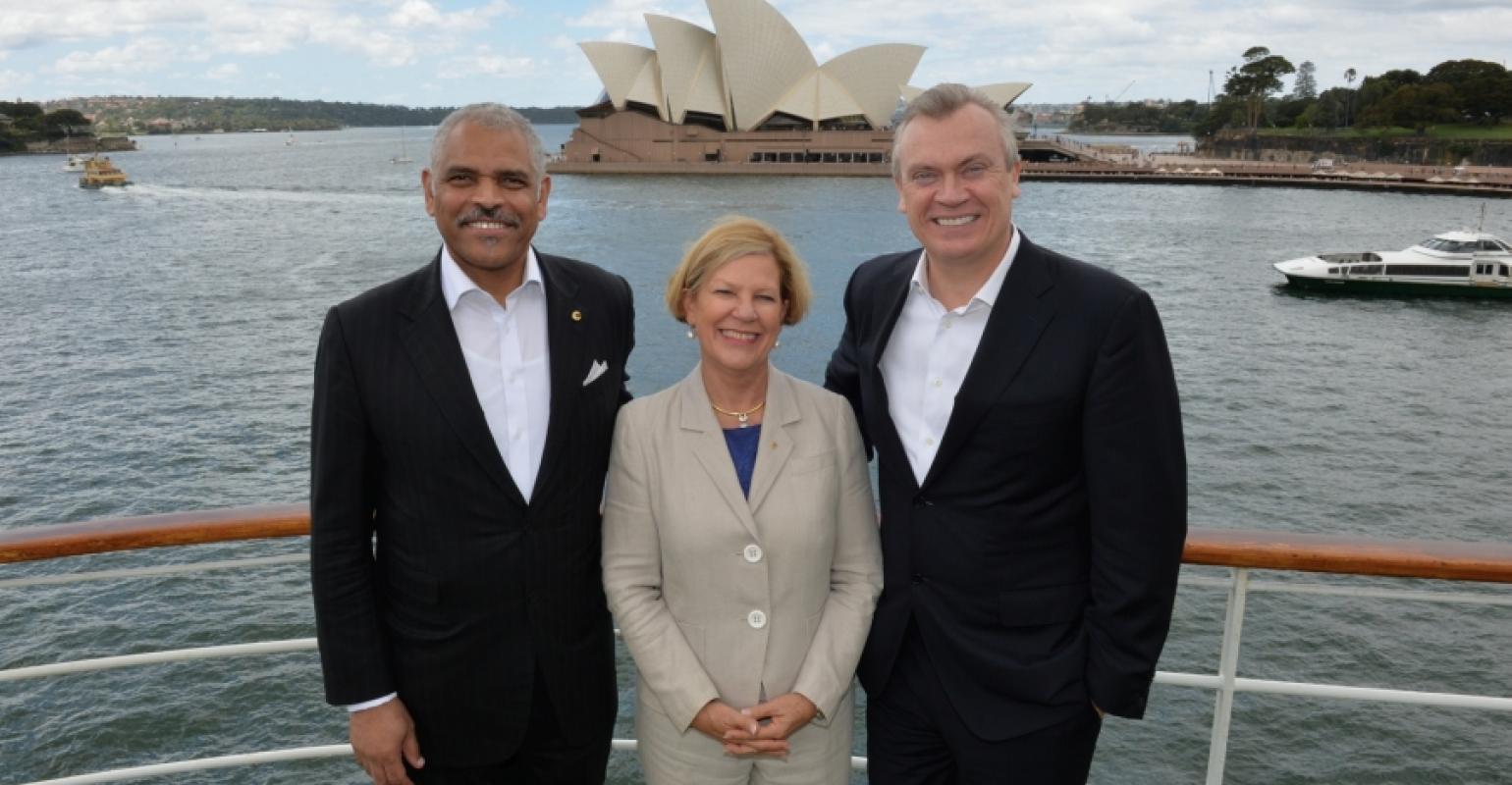 Carnival Corp. & plc ceo Arnold Donald made a flying visit to Sydney on Thursday night before returning to Miami Saturday after inspecting the company's burgeoning operations in China, which is set to be the second largest cruise market in the world by 2017.

Donald spent Friday at Carnival Australia's head office in North Sydney with Holland America Group ceo Stein Kruse where he praised staff for the 'amazing' growth of the business in Australia and New Zealand.