Around the Arctic Circle, from Helgeland to Mo I Rana and Bodo 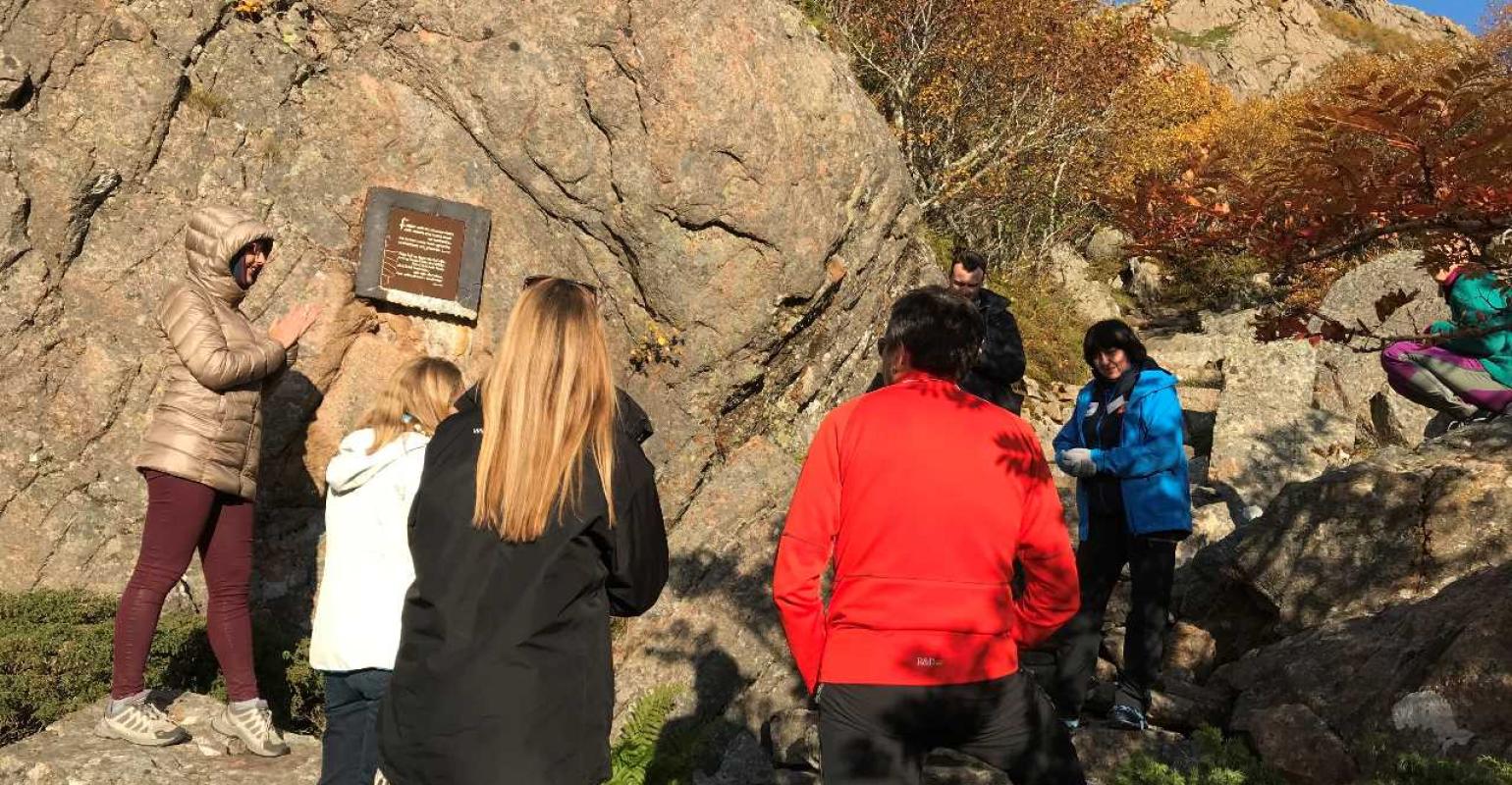 Mo I Rana has two ports with a main cruise quay that can accommodate cruise ships up to 300mtr.

There are two cruise calls booked for next year.

A dredging project will be carried out soon allowing a depth for ships of 11mtr. Future plans are in place for a passenger terminal at the main cruise pier.

The town’s second pier is the industrial bulk terminal and can accommodate larger cruise ships.

Excursions run from the railway station located close by up to the arctic circle.

Whilst in Mo I Rana attendees visited Kai Linde a local boat builder for a tour of the boat yard and demonstration of traditional Norwegian wooden boat building skills.

The next experience was Gronnligrotto or cave of Gronil, a natural cave running deep into the mountainside, made from the natural formation of glaciers over centuries.

Attendees also visited the historic town of Mosjoen, which has a pier suitable for small expedition cruise ships with a maximum length of 240mtr. This the oldest town in the Helgeland region with houses dating back to the 19th century.

The next stop in southern Helgeland was Bronnoysund. This a regular cruise destination for Hurtigruten’s Roald Amundsen with 20 calls planned this year for the ship bringing some 6,000 passengers. This will increase to 100 calls a year for Roald Amundsen in 2021 where the ship will dock once a week travelling from Dover.

There are plans to extend the pier to accommodate bigger ships.

AIDA and Cruise & Maritime will make maiden calls to the city soon.

Shore experience highlights included the Mountain Torghatten to the south, a granite mountain on the island of Torget in Brønnøy. It is known for its characteristic hole, or natural tunnel, through its centre. It is possible to walk up to the tunnel.

Attendees also visited the Norwegian Aquaculture Centre for a presentation on the UNESCO Island Vega, which lies to the west of the Helgeland region, an area popular for kayaking and cycling. It is also home to the eider duck museum.

The tour continued to Bodo the first city situated above the Arctic Circle and beneath the Auroral Oval, a place well known for its view of the northern lights. The city’s cruise port opened about six years ago and received 32 cruise calls this summer bringing 35000 passengers. An increase to 34 calls are booked for 2020 bringing 40000 passengers. The port receives cruise calls the whole year round and has 15 calls booked for this year’s winter season.

Bodo has a dedicated cruise pier that currently can accommodate ships up to 252mtr so is suitable for smaller expedition class vessels but extension plans currently underway will allow the pier to accommodate larger ships. The port’s South pier is available for larger ships offering a maximum draft of 7mtr. Plans are in place to dredge the waters for larger ships.

Whilst in Bodo delegates visited the new and recently opened Norwegian national jekt trade museum, an interactive exhibit of the history of trade in circumpolar Norway. Jekt ships sailed the Norwegian coast dating back to medieval times carrying stock fish and cod-liver oil, Norway’s two most important export goods for centuries. A well preserved jekt is the centre of the exhibition.