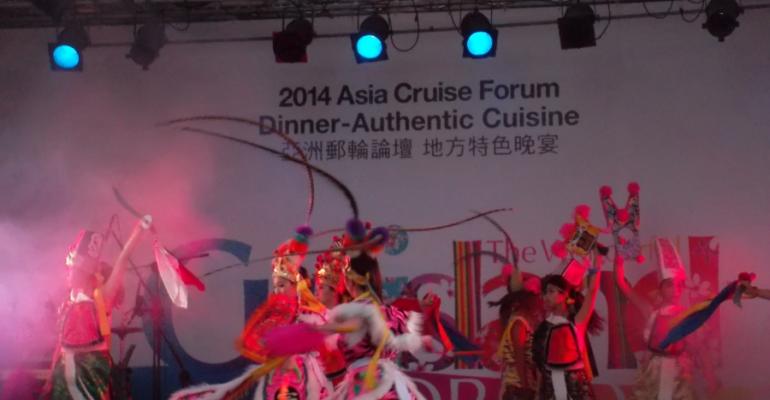 Some 100 cruise professionals from US, China, Korea, Japan, Hong Kong, Singapore and Taiwan, gathering in Kaohsiung, Taiwan on the eve of the the country's inaugural Asia Cruise Forum, were hosted to some authentic Taiwanese fare after a day of sightseeing.

Yeh Kuang-Shih, Minister of Transportation and Communications in his welcome message in the event programme, spoke about the country’s four ports in Taiwan's northern, central, southern and eastern regions which can receive cruise ships visitors.

He noted, Taiwan is strategically located along popular cruising routes in the Asia Pacific – from Japan along the Western rim to Singapore and the Straits of Malacca.  He said its location puts Taiwan within a network of ports such as Shanghai, Tianjin, Xiaman, Hong Kong, Kobe, Yokohama and Naha.

‘There is a dramatic shift in port operators in which interconnected takes precedence over competitiveness. There is a peremptory need to connect every port and incorporate all of its surrounding regions,’ the Minister remarked.

The Forum,  co-organised by Taiwan International Ports Corporation, will be held over one and a half days from tomorrow.