Asian port infrastructure needs to keep up with growth 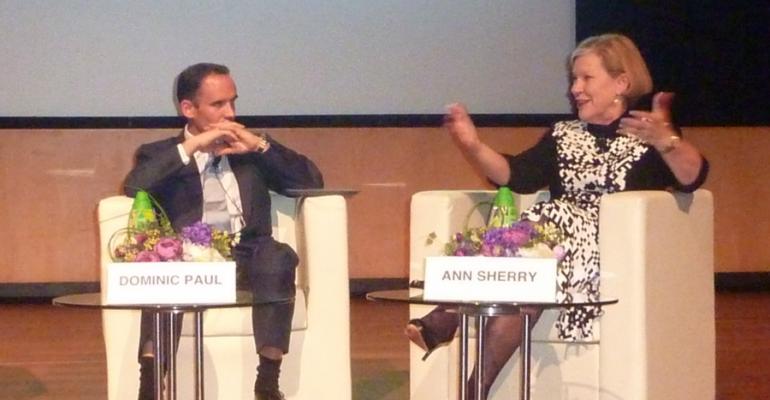 The tremendous potential of the Asian cruise market can be held back by several factors, chief among which is the development of port and destination infrastructure, especially in Southeast Asia.

Speakers at Cruise Shipping Asia-Pacific Conference in Hong Kong, were united in their calls for ports to provide good support to the lines so that the industry as a whole can grow.

Port infrastructure in China is developing rapidly, said Zinan Liu, vp China and Asia at Royal Caribbean Cruises Ltd and chairman of CLIA North Asia, but more is needed in Japan, where terminals' capable of taking in the new class of mega cruise ships is lacking. And while Korea and Taiwan have been adding the required infrastructure, Southeast Asian countries such as Vietnam, Philippines, Malaysia and Indonesia pose the biggest challenges. 'We need more ports there to be Voyager class and Quantum class-ready,' said Liu.

Other speakers at the session concurred. 'We need to ensure that infrastructure exists in order to deliver this growth; the growing cruise market offers significant opportunities to countries and regions to increase the number of inbound tourists and will bring significant investments however many countries and ports in Asia are simply not ready to accommodate the large number of cruise ships that are coming to the region,' said RCL Cruises md Dominic Paul.

'Southeast Asia is particularly in need of this increased investment,' he noted. Among the list of requirements are adequate terminals with easy access to ground operations and clearance, transparent berthing policies and dedicated cruise berths and finally, the ability to offer guests an exceptional shoreside experience, Paul said.

'Destination development is important and each of those destinations need to work,' said Carnival Australia ceo Ann Sherry. She elaborated that this meant not just the port but other land-side infrastructure such as roads, buses, unique destination experiences and local engagement.

'Providing the much needed cruise terminal infrastructure has been a challenge although this is being addressed with Shanghai, Tianjin and Xiamen coming online with many more facilities under construction in China,' said Genting Hong Kong's evp for marine operations and new shipbuilding Michael Hackman.